OTTAWA—Finance Minister Chrystia Freeland will face questions today from senators scrutinizing the government’s latest bid to provide pandemic aid to hard-hit businesses. Freeland is scheduled to testify early this afternoon to the Senate’s national finance committee that is reviewing the aid bill, known as C-9. The House of Commons agreed last week to pass the proposed package of measures quickly, but none can be enacted until the Senate passes it as well. Bill C-9 would extend the federal wage subsidy until next summer, cancelling a previously planned decline in its value, as well as expanding a popular business loan program. The legislation would also redo a program for commercial rent relief that was widely criticized because its original design needed buy-in from landlords, many of whom did not participate. And… 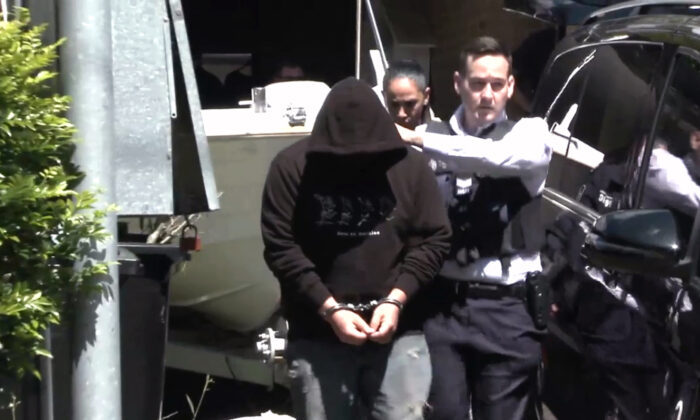 An extensive operation led by the Australian Federal Police (AFP) has identified 46 victims of child exploitation leading to the arrest of 14 Australian men in connection to an online network of child abuse material (CAM).

The alleged offenders, aged between 20 to 48-years-old, face 828 charges combined and are accused of allegedly producing or sharing child abuse material. The ages of the child victims ranged from 16 months to 15 years old.

They also all face accusations of bestiality relating to four animals.

“The dedicated investigators and forensic specialists from the AFP, NSW Police and HSI have spent most of 2020 working tirelessly after each arrest to piece together information that identified more victims and the people allegedly abusing and exploiting them,” Woods said.

Operation Arkstone started in February, with the arrest of a 30-year-old Wyong man from Sydney, New South Wales. He was charged with 89 counts of child abuse, including alleged contact offending of two children.

An AFP investigation into his online activity, reviewing his laptop and phone revealed social media forums where users were producing and sharing the CAM online.

Investigators continued analysis of photos, videos, and online content has led to more search warrants being carried out and more arrests. Minor details from evidence have been useful for identifying child victims and bringing them to safety.

Further two men were charged with alleged child abuse after search warrants were carried out in NSW and Queensland between Nov. 3-5.

One of them—a 27-year-old man, former child care worker, is facing over 300 charges, including indecent assault of a child under 16 years old. He is due to be heard in Port Macquarie Court on Jan. 21, 2021.

Police allege the man and his partner a 22-year-old man used their positions within the community, and other deceptive means to gain access to 30 children.

In NSW 39 child victims have been identified, after investigators arrested eight men on 577 charges.

The alleged offenders held roles of responsibility within the community such as a child care worker, volunteer soccer coach, disability support worker, an electrician, supermarket employee and chef.

“What this highlights is that offenders are across age groups, occupations and are in positions of trust. Parents need to be vigilant about who has access to their children,” said Woods.

“No child should be subjected to abuse and violence from people who hold high positions of trust in their lives, whether it be a family member, child care worker or soccer coach,” he said.

In Queensland, police have brought 30 charges to three men, with one child victim identified, and in Western Australia, six children have been found with 221 charges against three-man have been lodged.

The operation Arkstone network has links through online forums to alleged sex offenders across the world.

So far, 146 referrals have been made from suspects living in Europe, Asia, the United States and Canada, and New Zealand.

Cross agency collaborations have also led to the arrests of three men from the United States, facing multiple CAM offences.

TORONTO—A long-term care operator says 29 residents have died in a COVID-19 outbreak at an east Toronto facility that began last month. Revera, which owns and operates a range of homes, says public health officials have confirmed 92 residents of its Kennedy Lodge home have tested positive since the outbreak began on Oct. 2. The company says 30 of them remain active cases and 32 have recovered. It says public health officials also confirmed 35 staff members tested positive for COVID-19, with 17 considered resolved and the rest currently isolating at home. Revera says it continues to do everything it can to ensure the safety of residents and staff, including monitoring residents for symptoms twice daily and asking them to self-isolate in their rooms. It says all staff are screened…