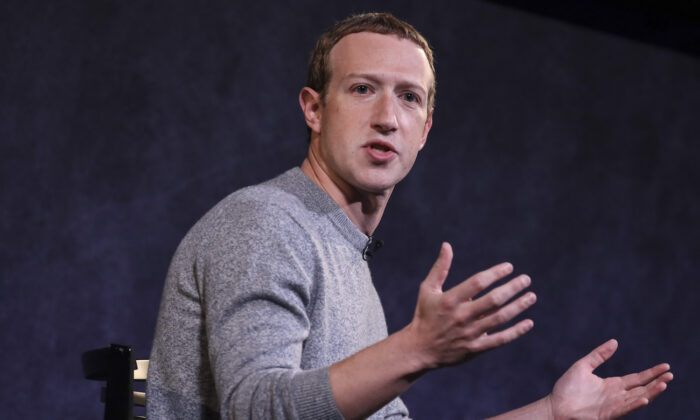 When attempting to access Facebook, it returns a message: “This site can’t be reached,” adding that the website’s DNS address couldn’t be found. Instagram merely displayed the message: “5xx Server Error.”

Downdetector.com shows that as of 11:46 a.m. ET, more than 80,000 reports were made complaining of a Facebook outage. Similar complaints were posted about WhatsApp and Instagram, which are both operated by Facebook.

“We’re aware that some people are having trouble accessing our apps and products,” Facebook wrote on Twitter at around 12:30 p.m. ET. “We’re working to get things back to normal as quickly as possible, and we apologize for any inconvenience.”

As of midday trading, Facebook shares were down by about 5.3 percent.

In March 2019, Instagram, Facebook, and WhatsApp were down for more than 24 hours worldwide in one of the longest outages that the company has faced in years.

outage on Monday comes as two members of the European Parliament called for an investigation into allegations by a whistleblower that Facebook prioritized profits above the public good.

whistleblower, Frances Haugen, who had worked as a product manager on the civic misinformation team at Facebook, shared internal documents with newspapers and attorneys general from several U.S. states. Haugen will testify in front of the Senate on Wednesday.

“ Facebook Files—and the revelations that the whistleblower has presented to us—underscores just how important it is that we do not let the large tech companies regulate themselves,” said Danish lawmaker Christel Schaldemose.

“ documents finally put all the facts on the table to allow us to adopt a stronger Digital Services Act,” Alexandra Geese, a German lawmaker at the European Parliament, said. “We need to regulate the whole system and the business model that favors disinformation and violence over factual content—and enables its rapid dissemination,” she said.

A Facebook spokesperson issued a response to the claims, saying the firm has to make “difficult decisions.”

“Every day, we make difficult decisions on where to draw lines between free expression and harmful speech, privacy, security, and other issues,” the spokesperson said. “But we should not be making these decisions on our own … we’ve been advocating for updated regulations where democratic governments set industry standards to which we can all adhere.”