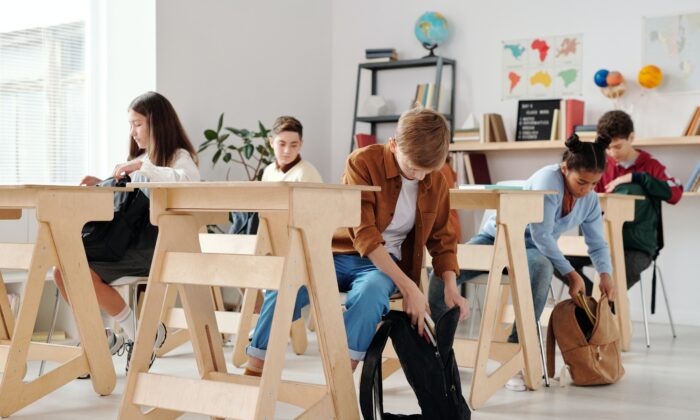 Among the many brilliant insights of the great Thomas Sowell is the following gem:

“Much of the social history of the Western world over the past three decades has involved replacing what worked with what sounded good. In area after area—crime, education, housing, race relations—the situation has gotten worse after the bright new theories were put into operation. amazing thing is that this history of failure and disaster has neither discouraged the social engineers nor discredited them.”

Here, I want to provide a brief personal history that highlights the “education” aspect of Dr. Sowell’s insightful quote.

In my lifetime, I’ve personally experienced four education fads, each of which has, in my opinion, had a negative impact on the American educational system. first of these four is the “new math” that was popular when I was in elementary school.

Roughly speaking, the goal of the new math was to skip over tedious parts of the subject, and go directly to a deeper understanding and appreciation. Apparently, the theory was that if a student first loved math, then he or she could fill in the missing details later.

While this might sound good, the results were disastrous. Math is a subject that requires a step-by-step approach, and without the facility to efficiently perform the basics, the next rung on the mathematical ladder is beyond reach.

Fortunately for me, my father instinctively realized the folly of the new math and insisted that his kids learn the basics, such as memorizing multiplication tables. Without that push from home, the technical fields that have served as my career would surely have been off-limits from a very young age.

Next, we fast-forward to my graduate school years, which coincided with the era of “calculus reform.” Historically, calculus is a “weeder” class that eliminates a sizable proportion of students who plan on going into STEM (Science, Technology, Engineering, and Math) fields. In the silly terminology of the day, reformed calculus was supposed to be a “pump” rather than a “filter” for the STEM fields. Again, this might sound good, but in practice it was largely a failure.

One of the ideas of reform calculus was to increase the use of technology—such as graphing calculators—which has certainly happened. However, calculus reform lost its way when it attempted to address social aspects of learning.

For example, it was claimed that “cooperative learning” was crucial, as students from certain successful demographics tended to spend a higher percentage of their study time in groups, as compared to less successful demographics. educational faddists conveniently overlooked the fact that success in calculus was far more strongly correlated with the number of hours spent studying, as opposed to the fraction of that studying time that was “cooperative.”

My next experience with educational faddism occurred when my older son started elementary school. We were living in Maryland at the time, and that state decided to go all-in on the “whole language” approach to teaching reading.

Whole language was essentially a recycled version of new math, but for reading. Students were not taught phonics, and the theory was that at some point, they would magically grasp how to read by simply being read to—somewhat akin to becoming a violin virtuoso by taking a music appreciation course.

predictable problem with the whole language fad is that many students never reach the point where the magic occurs. I would wager that most students who did learn to read well under the whole language regime did so because parents ignored the school curriculum and taught their children outside of the classroom, using proven techniques. That was certainly the case for my son.

Reading comprehension scores plummeted wherever whole language was adopted, with disadvantaged students being hit the hardest. Whole language was such an epic fail that there was no papering over the problems it created, and it was soon abandoned in all but name.

My fourth personal experience with an educational fad occurred when my younger son started middle school. We were living in that most faddish of all states, California, and the “Common Core” was the latest fad that was going to save American education.

One of the tenets of the Common Core is that virtually all students should learn at essentially the same pace. Obviously, this is a problem for students who are not in the middle of the pack.

As a result of the Common Core, my son learned absolutely nothing in his math class during his sixth-grade year. Literally, everything that was taught, he had already mastered in fifth grade. Parents were up in arms, but nothing was done until the following year, which was too late for those students who had a year of their education sacrificed for a daffy egalitarian theory.

What is the current state of educational faddism? It would be nice if the education establishment reflected on their repeated failures and decided to henceforth focus on proven teaching strategies, emphasizing the benefits of hard work and sacrifice, and leave the magical thinking to Harry Potter. Unfortunately, from my perch in higher education, I can say with certainty that such is not the case.

current effort to twist history to serve a political narrative (the “1619 Project”) is appalling, and even worse is “critical race theory,” which is little more than a bizarre recycled version of communism, with “race struggle” substituted for class struggle. attempt to define math as inherently racist is another strange and counterproductive fad.

Such examples show that the education establishment has completely gone off the rails, as these latest fads are not even designed to improve American education—all that they could possibly claim to “improve” is the level of indoctrination that students face.

It is encouraging that many parents today sense that things are amiss and they are starting to fight back by putting pressure on school boards. Hopefully, there will be enough resistance to stop the education faddists before they do more harm.