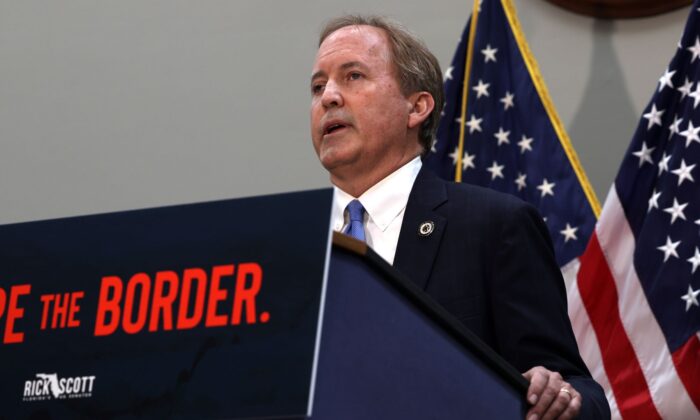 After questioning the effectiveness of a pandemic-related public health order that allows the government to continue summarily expelling illegal aliens from the United States, a federal appeals court unanimously ruled that the policy may continue, provided that aliens aren’t sent to places where they may be persecuted or tortured.

The case deals with expulsions, as opposed to formal deportations, under which the person concerned has the right to a hearing. Critics say the government has been using the public health rationale to justify kicking out aliens without providing due process.

The case, Huisha-Huisha v. Mayorkas, was decided (pdf) on March 4 by the U.S. Court of Appeals for the District of Columbia Circuit. A U.S. district court had ruled that the order could continue in force.

Under the Trump administration, the Centers for Disease Control and Prevention (CDC) issued what’s called a Title 42 order regarding individuals who have recently been in a country where a communicable disease is present. The order allows the government to promptly expel, without a hearing, individuals who are captured crossing the border illegally on the theory that their presence may pose public health risks.

Under Title 42, the government has expelled hundreds of thousands of individuals without hearings, but the new court order requires the U.S. Department of Homeland Security to carry out screenings before expelling them to determine if it’s dangerous to return individuals to their countries of origin.

“To be sure, as with most things in life, no approach to COVID-19 can eliminate every risk,” Walker wrote. “But from a public-health perspective, based on the limited record before us, it’s far from clear that the CDC’s order serves any purpose.

“For now, the Executive may expel the Plaintiffs, but only to places where they will not be persecuted or tortured.”

The order “does not make their presence here legal,” according to Walker.

Nor does it give them a path to asylum,” he wrote. “Nor does it stop the Executive from detaining them. Nor does it curb the Executive’s power to expel them to a country where they will not be persecuted or tortured.”

Walker acknowledged that “the public has a strong interest in combating the spread of” COVID-19, but wrote that the CDC’s order now seems obsolete in changed circumstances.

The CDC order “looks in certain respects like a relic from an era with no vaccines, scarce testing, few therapeutics, and little certainty,” he wrote.

“Huge win against Biden!” Paxton wrote. “Along [with] @America1stLegal & @IRLILaw, I sued the [administration] for failing to use Title 42, [contributing] to [a] massive wave of smuggling. [Federal] court just BLOCKED Biden from excepting alien minors from the Title 42 process. Win for Texas & children—loss for Biden & cartels!”

Dale L. Wilcox, executive director and general counsel of the Immigration Reform Law Institute, told The Epoch Times that “this is a tremendous win for Texas, AG Paxton, and all Americans who value secure borders,”

“The Biden White House’s refusal to use Title 42 is just one of the ways it has brought chaos to our country,” Wilcox said. “Human trafficking is one of the tragic consequences of anti-borders policies. We commend the court for taking meaningful action against it.”

The American Civil Liberties Union (ACLU), which also participated in the litigation, was pleased that would-be expellees would be screened to determine if it’s dangerous to send them back to their countries of origin.

“This is a huge victory prohibiting the administration from continuing to send families back to danger without a hearing,” ACLU attorney Lee Gelernt told reporters. “We hope the Biden administration will not appeal the ruling.”

Zachary Stieber contributed to this article.

Original link : Court Rules US Can’t Use CDC Order to Expel Illegal Aliens to Countries Where They May Be Harmed