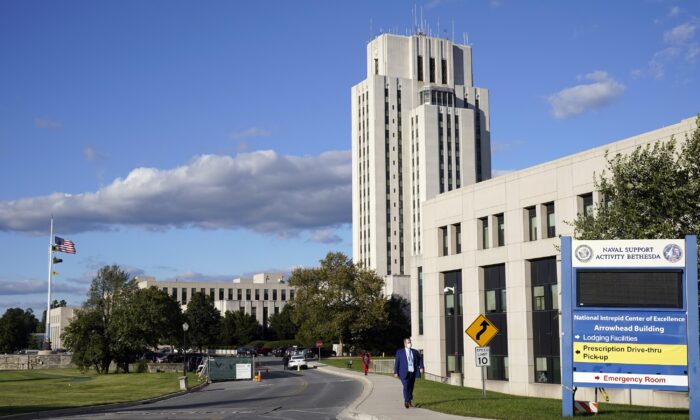 A military base in Bethesda, Maryland, was placed on lockdown due to a bomb threat, said the base on Wednesday morning.

“ base is on lockdown,” Naval Support Activity Bethesda wrote in several Twitter posts. “All personnel should shelter in place. All gates are closed to non-emergency traffic. public is asked to avoid the area.”

base added on Twitter that it received an anonymous phone call at around 8:45 a.m. ET about a bomb in one of the buildings.

1/2 – 1000, 20OCT21: UPDATE: At this time, there is no indication of an active shooter on the installation. A bomb threat is still under investigation. A lockdown remains in place.

Earlier, the base said that it was investigating an active shooter threat. Later, it said there is no signs of a shooter on the premises.

“At this time, there is no indication of an active shooter on the installation,” Naval Support Activity Bethesda wrote. “A bomb threat is still under investigation. A lockdown remains in place.”

An official “all clear” directive will be sent out by the base on its social media and other official channels when it is appropriate, it said.

Walter Reed on Wednesday confirmed that “all patient appointments have been canceled.”