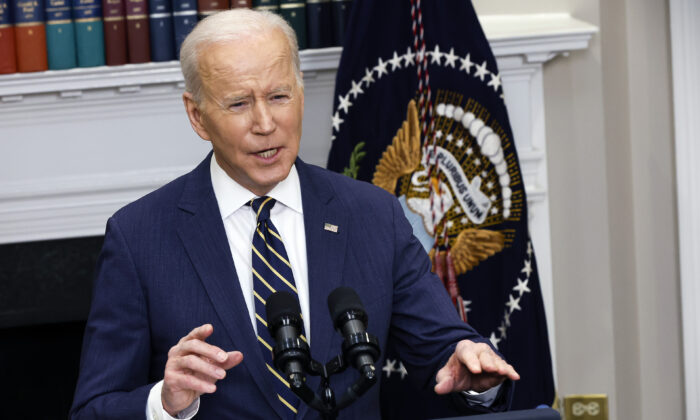 President Joe Biden is planning to travel to Europe next week amid the ongoing war between Russia and Ukraine, the White House announced Tuesday.

Psaki says Biden will also attend a European Council Summit to discuss humanitarian support to Ukraine and the effort to impose sanctions on Russia, adding that the White House is still “working through the final details of the trip.”

“His goal is to meet in person face-to-face with his European counterparts and talk about and assess where we are at this point in the conflict in the invasion of Ukraine by Russia,” Psaki said. “We’ve been incredibly aligned to date. That doesn’t happen by accident. The president is a big believer in face-to-face diplomacy. So, it’s an opportunity to do exactly that.”

NATO Secretary General Jens Stoltenberg tweeted Tuesday: “I have convened an extraordinary Summit on 24 March at #NATO HQ. We will address #Russia’s invasion of #Ukraine, our strong support for Ukraine, and further strengthening NATO’s deterrence & defence. At this critical time, North America & Europe must continue to stand together.”

The war between Russia and Ukraine has been ongoing since Russia invaded Ukraine nearly three weeks ago.

Peace talks between delegations from the two countries restarted Tuesday after a pause on Monday, according to Ukrainian presidential adviser Mykhailo Podolyak.

Ukraine President Volodymyr Zelensky is scheduled to speak virtually before the U.S. Congress Wednesday and is expected to make another call for the United States to supply Ukraine with fighter jets and impose a no-fly zone over Ukraine. Biden and NATO leaders have warned repeatedly against taking these steps in order to avoid military conflict with Russia.

Zelensky conceded Tuesday that his country has to accept that it will not become a member of the NATO military alliance, a critical Russian concern that was used to justify the invasion.

The United States and its allies have imposed sanctions on Russian financial systems and individuals in Russian President Vladimir Putin’s inner circle. The United States has also banned the import of Russian oil and, along with other Group of Seven (G-7) nations, moved to end Russia’s normal trade relation status, making it more difficult for Russia to do business with the West.

The Russian Foreign Ministry announced Tuesday it has added Biden and a list of other top U.S. officials to a “stop list.”

The United States has supplied Ukraine with military and humanitarian aid, including $13.6 billion approved by Congress.