10 People Shot in Baltimore on Saturday, Including Quadruple Shooting That Left 3 Dead 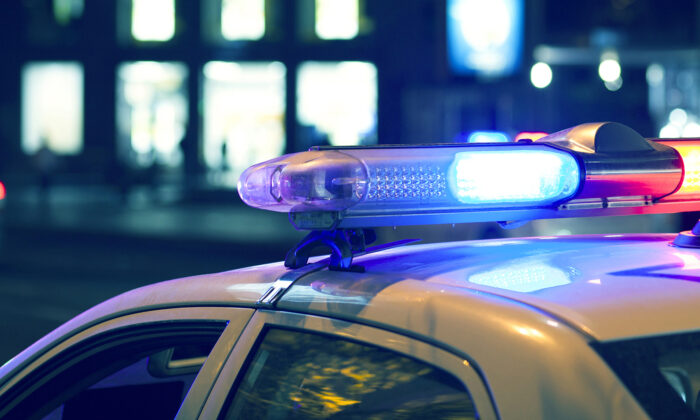 By Emily Opilo
From The Baltimore Sun

Baltimore Police are investigating a shooting that killed three men and injured a fourth in Northwest Baltimore on Saturday night.

At approximately 8:20 p.m., police were called to the intersection of Gwynn Oak Avenue and Liberty Heights Avenue in Howard Park.

When officers arrived, they saw four men inside a vehicle, all suffering from gunshot wounds. Three of the men were unresponsive and pronounced dead after arriving at the hospital. All three were 25 or 26 years old. The fourth man, who is 73, was transported to the hospital with non-life-threatening injuries.

Nearly two dozen evidence-markers dotted the sidewalk across the street from a Shop Rite grocery store. An SUV, still running and with its doors slung open, sat in the middle of Gwynn Oak Avenue.

About an hour later, police say, a man was shot in the 2200 block of West Patapsco Avenue in Lakeland. It followed a 4 p.m. shooting in the 2500 block. At about 10 p.m., police were called to a hospital, where the 34-year-old victim sought treatment.

That shooting brought the total number of people shot in Baltimore on Saturday to 10. A fourth man was killed in an early morning shooting in Little Italy.

Christopher Ervin, chairman of the Howard Park Civic Association, was in the parking lot of the Shop Rite when shots rang out. He described the volley as a “good barrage.”

”Because of the volume, people didn’t know where they were coming from,” he said. “Folks were running in every direction including back into ShopRite. Cars were peeling out on Gwynn Oak and racing back through the ShopRite parking lot.”

Ervin said he discussed the corner where the shooting happened earlier this week with the Baltimore Police district commander for the area. The area has a long history of violence, and he was concerned about the spring ahead, he said.

Neighborhood leaders have been particularly concerned about crime outside 4G’s Liquors, which sits just yards away from the site of Saturday’s shooting, Ervin said. With their urging, lawmakers approved restricted hours for the store following a 2016 spate of violence that left three dead in the span of 72 hours in Howard Park.

Ervin said he testified in Annapolis in support of the restricted hours; however, problems remain. The Howard Park Civic Association will hold an emergency meeting this week in light of the shooting, he said.

The owner of 4G’s Liquors could not be reached for comment Sunday.

State Sen. Jill P. Carter, who represents the Howard Park area, said the corner involved in the shooting has attracted problems for years. She supported the legislation spearheaded by the Howard Park community to force the liquor store to limit its hours.

”I’m so sad about the homicide tonight,” she said. “It’s a strong, beautiful, Black community that deserves greater reinvestment and better than the city has given it. Rebuilding and revitalization efforts, such as the Ambassador Theater, are in the works.”

Councilman Kristerfer Burnett, who also represents Howard Park, appeared at the shooting scene Saturday. He said he thought the limited hours at the liquor store had improved the corner.

At approximately 8:20 p.m., police were called to the intersection of Gwynn Oak Avenue and Liberty Heights Avenue in Howard Park.

“It did remove a lot of the activity,” he said, noting that he hasn’t been summoned to the area for criminal activity in some time. “This is pretty shocking.”

Anyone with information is urged to contact investigators at 410-396-2488. Those who wish to remain anonymous can use the Metro Crime Stoppers tip line at 1-866-7LOCK-UP.