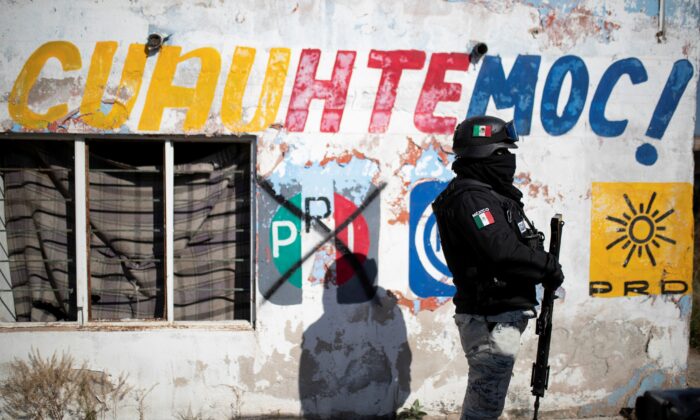 MEXICO CITY鈥擬exican authorities on Thursday discovered 10 bodies鈥攏ine of them hanging from an overpass鈥攊n the central state of Zacatecas, the scene of a battle for territory among drug cartels.

Zacatecas state public safety agency said in a statement the bodies were found in Ciudad Cuauhtemoc, about 340 miles (550 kilometers) north of Mexico City. 10th body was found on the pavement. All of the victims were men.

Sinaloa and Jalisco New Generation cartels have been battling for control in the state, which is a key transit point for drugs, especially the powerful synthetic pain killer fentanyl, moving north to the U.S. border.

Cartels sometimes make such public displays of bodies to taunt their rivals or authorities and terrify local residents.

In the first nine months of the year, Mexico had more than 25,000 murders, a number 3.4 percent less than the same period a year earlier, according to federal data.