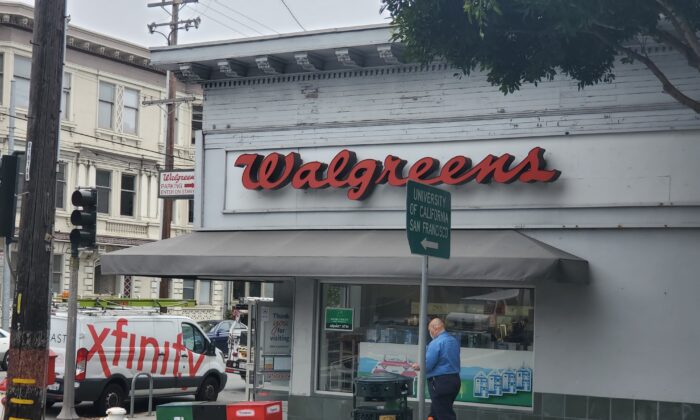 Walgreens said Tuesday that it will be closing five more San Francisco locations due to the rampant, organized theft across the city.

“Due to ongoing organized retail crime, we have made the difficult decision to close five stores across San Francisco,” a Walgreens spokesperson Phil Caruso said in a statement to news outlets. “Each store will transfer prescriptions to a nearby Walgreens location within a mile radius and we expect to place the stores’ team members in other nearby locations.”

firm has already closed down more than 10 of its San Francisco locations since 2019, according to local media.

San Francisco Supervisor Ahsha Safai also confirmed the closure, saying that the loss of a store on Mission Street downtown is significant.

Mission Street store that “has been a staple for seniors, families, and children for decades,” Safai said. “This is a sad day for San Francisco,” he wrote in a Twitter post. “We can’t continue to let these anchor institutions close that so many people rely on.”

Walgreens said the closures were triggered by “organized retail crime” that has impacted retailers across San Francisco.

“Retail theft across our San Francisco stores has continued to increase in the past few months to five times our chain average,” Caruso said. “During this time to help combat this issue, we increased our investments in security measures in stores across the city to 46 times our chain average in an effort to provide a safe environment.”

I am completely devastated by this news – this Walgreens is less than a mile from seven schools and has been a staple for seniors, families and children for decades. This closure will significantly impact this community.

Shoplifters in San Francisco have been emboldened by a statewide referendum that lowered the penalty for stealing goods worth less than $950 from a felony to a misdemeanor.

Frustration and fear over thefts have been fueled by widely circulating images of shoplifting caught on video. This summer, shoplifters in masks carrying armfuls of designer handbags sprinted from a downtown Neiman Marcus department store and into getaway cars.

In June, a masked man was caught on video at a Walgreens, stuffing items into a trash bag before cruising out of the store on a bicycle. A suspect was arrested in that theft.

“If it’s a felony, our officers can take action,” he continued to say. “But if it’s a misdemeanor, that arrest has to be a private person’s arrest. And that makes a difference because they have to be willing to do that.”