The Fed’s ‘New Normal’ Will Crush Your Retirement 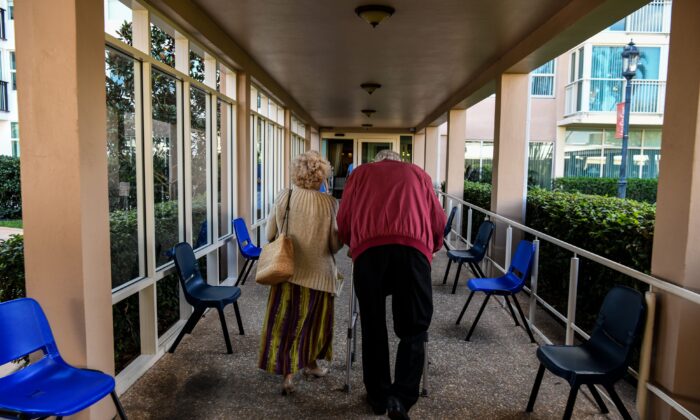 The battle is on.

The Fed is now charging full steam ahead against the enemy inflation. What was transitory only a few months ago turned out to be more endemic and threatening than any of the Federal Reserve members could see.

Only weathermen and Federal Reserve members can be so wrong, for so long and keep their jobs.

To be fair, the Fed and the market had been in long-term denial about the reality of the situation.

Now they’ve been changing much of their language to indicate they’re well aware of the situation and “on the case.” With one exception…

While everything and everyone else is telling a very different story, they’re still talking about 2 percent inflation targets.

There’s a reason for that.

The Harsh Reality of Inflation Today

Fed officials approach the topic of inflation from an academic’s white board—but business leaders have been assessing living in this reality for the better part of a year. And they’re telling a somewhat different story—prices have been skyrocketing throughout 2021.

Coke Chief Executive James Quincey said, he expects supply-chain disruptions to improve in 2022, along with the effects of the pandemic, but he cautioned: “It’s not going to be back to 2019 fully in 2022.”

Hugh Johnston, PepsiCo’s chief financial officer, said he is preparing for the possibility that “cost pressures could continue into 2023.”

Tyson CEO Donnie King noted, “We’re seeing inflation across our supply chain. We’re not asking customers or the consumer ultimately to pay for our inefficiencies, we’re asking them to pay for inflation.”

The CFO of Kellogg, Amit Banati, has been equally forthcoming, “In terms of inflation … It’s continued to accelerate, and we’ve seen that through 2021. So we are expecting double-digit inflation in 2022, and the bulk of it is market-driven. … We’re seeing inflation in ingredients and packaging, oil, corn, wheat, and on the packaging side, cans, cartons. So we’re seeing broad-based inflation across our ingredients.”

Expectations don’t stop at the boardroom.

Turns out consumers are pretty aware too. And just as dismal about the short- and mid-term prospects of inflation.

The Federal Reserve has always been notoriously late to the party when it comes to monetary policy. That’s in part due to their need to “soft sell” bad news. (Yet, when it’s time to ease, they jump right on the gas.)  They clung to their “transitory” narrative for months, while inflation built a massive head of steam, so as not to shock a market too addicted to cheap money.

Then it was the taper narrative. Then the double-time taper. And finally all the rate hike talk including St. Louis Fed President (and resident uber-hawk) Jim Bullard who’s been talking about a nuclear approach to tightening.

This year, the S&P 500 is down roughly 8 percent—not a great start for the market, but given the narrative the Fed has been feeding it, it could probably be a lot worse.

As ridiculous as it sounds, Americans have come to accept the fact that “price stability”—one of the Fed’s mandates—includes raising the cost of living by 2 percent every year. But when inflation surges, what happens?

Think about it … once prices go up due to a surge in inflation, do they ever go back to previous levels? No, even if companies do lower prices in response to a retreat in inflation, they’ll still build in a couple percent price increase for the next time inflation gets ornery.

The Fed needs to come to the realization that a 2 percent inflation target is no longer valid. Maybe they have and are just too wary to announce it to the market. Either way, going forward the Fed’s next big job will be to explain how 3.5 percent to 4 percent is a reasonable inflation target.

The price of the “new normal” is going to be a lot more painful.

Given that the Fed—by raising their inflation target—will be stealing more of your money, investors would do well to look at investments that provide income. Dividend ETFs have become a good way to protect your portfolio against inflation. The Vanguard Dividend Appreciation ETF, the Schwab U.S. Dividend Equity ETF, and the iShares Core Dividend Growth ETF are all worth reviewing.

Original link : The Fed’s ‘New Normal’ Will Crush Your Retirement