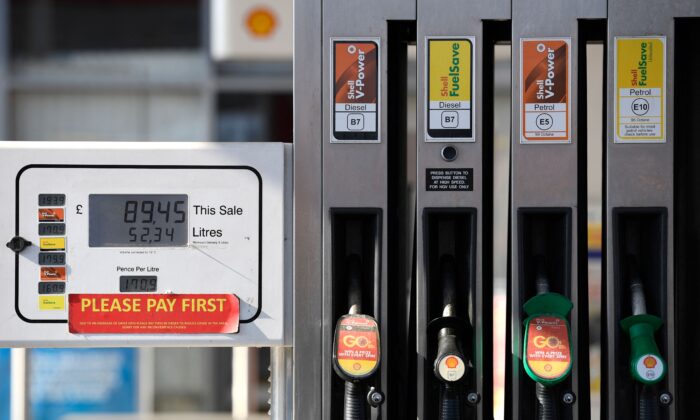 Shell on March 8 said it will stop buying Russian oil and natural gas.

Shell said it would immediately stop all purchases of Russian crude oil and shut down much of its business in Russia, including all of its gas stations.

Shell also plans to work on removing Russian gas from its supply chains, which could take weeks, and will begin a phased withdrawal from Russian petroleum products other than crude oil.

Shell CEO Ben van Beurden said the company’s recent decision to buy a shipment of Russian crude oil “was not the right one and we are sorry.”

Shell had already moved to end its involvement in Nord Stream 2, a pipeline that runs from Russia to Germany, and exit partnerships with Russian companies like Gazprom. It also pledged to send the profits from the rest of the Russian oil it will process to “a dedicated fund” that will eventually go towards helping Ukrainians who are suffering from Russia’s invasion of their country.

“Our actions to date have been guided by continuous discussions with governments about the need to disentangle society from Russian energy flows, while maintaining energy supplies,” van Beurden said in a statement.

鈥淭hese societal challenges highlight the dilemma between putting pressure on the Russian government over its atrocities in Ukraine and ensuring stable, secure energy supplies across Europe. But ultimately, it is for governments to decide on the incredibly difficult trade-offs that must be made during the war in Ukraine. We will continue to work with them to help manage the potential impacts on the security of energy supplies, particularly in Europe.

Shell is based in the United Kingdom.

Shell’s moves come as many Western countries weigh banning Russian oil and gas as a way to punish the country for its invasion of Ukraine.

UK Prime Minister Boris Johnson told reporters Monday that all options are being considered when asked about a possible ban.

The White House, meanwhile, said it had not yet made a decision, though some members of Congress were already moving to enact a ban.

The bill that would bar imports of Russian oil and similar products “will send a clear message to Putin that his war is unacceptable and the United States stands firmly with our NATO allies,”聽House Ways and Means Chairman Richard Neal (D-Mass.), the panel’s top Republican Rep. Kevin Brady (R-Texas), Senate Finance Chairman Ron Wyden (D-Ore.) and the finance committee’s ranking member, Sen. Mike Crapo (R-Idaho), said in a joint statement.

Russian officials warned this week that a ban on Russian products would send the price of oil, already soaring, even higher.