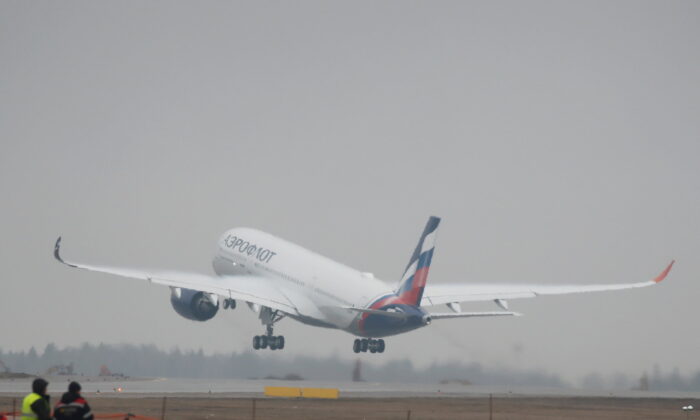 Russia is working on sourcing spare parts for aircraft from China and other Asian countries, the transport ministry said on Friday, and has not yet decided whether to buy foreign airplanes leased by Russian airlines.

Sanctions have already cut off the supply of most aircraft and parts to Russia and forced its carriers to cancel many international flights for fear their aircraft will be seized by foreign lessors or banks.

“Questions of supplies of spare parts from China and other Asian [countries] are being worked out,” said Alina Malysheva, director of the transport ministry’s legal support department, in a meeting with lawmakers from the Federation Council, the Russian parliament’s upper house.

She said 739 of Russia’s 1,367 airplanes are currently registered abroad and that Russian aircraft may be able to be registered in Russia without being taken off foreign registers.

“A decision on buying (planes) has not yet been taken,” Malysheva said.

Russia on Thursday published a draft law that could prevent its airlines returning leased aircraft, raising the stakes in a showdown with Western finance over $10 billion of jets.

The lower house of parliament, the State Duma, passed the legislation on Friday at the first reading, which would offer relief to the transport sector in the face of sanctions.

The law seeks to preserve the fleet of foreign aircraft with Russian operators and allows for changes in the way airworthiness certificates can be issued.