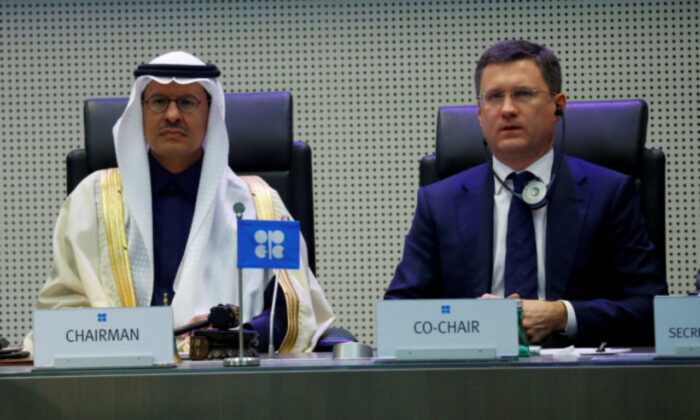 The price of oil has dropped significantly in the two days since hitting its highest price level in over a decade on March 7, and is currently trading in an unpredictable manner as markets weigh in on the ability of the Organization of Petroleum Exporting Countries (OPEC) to fill the supply gap created by the loss of Russian energy.

Prices were skyrocketing due to sanctions imposed by the West following Moscow’s invasion of Ukraine, which has made it difficult for traders to secure Russian oil and gas. Washington recently announced a ban on Russian energy imports while the United Kingdom declared that it will phase out Russian oil supplies by the end of 2022, adding to the upward pressure on oil prices.

“We favor production increases and will be encouraging OPEC to consider higher production levels,” Al Otaiba said in a statement on March 9. “The UAE has been a reliable and responsible supplier of energy to global markets for more than 50 years and believes that stability in energy markets is critical to the global economy.”

UAE Energy Minister Suhail al-Mazrouei said in a tweet the following day that his country is committed to the OPEC+ agreement and its existing monthly production adjustment. Iraqi oil minister Ihsan Abdul-Jabbar Ismail said on March 9 that he saw no oil shortage and that OPEC+ will aim to make the market more balanced.

OPEC+ has been raising its monthly output by 400,000 barrels per day (bpd) since August last year. In a meeting held on March 2, days after the Russian invasion, the organization only agreed to maintain the modest uptick in production quotas for next month.

Washington is also looking to secure oil supplies from Venezuela by removing sanctions on the country. The United States had until recently imported over 605,000 bpd of oil from Russia in the past two years.

U.S. sanctions against Venezuela began under former President Barack Obama. Under the Trump administration, economic sanctions were tightened, specifically on the oil sector, while domestic oil production was significantly increased. The sanctions were aimed at forcing socialist Venezuelan dictator Nicolas Maduro to give up power as the 2018 election, which placed him as the president of the country, was seen as fraudulent by Washington and over 50 nations.

Republicans and some Democrats have criticized the reluctance of the Biden administration to increase domestic oil production, which would reduce energy dependence on countries with poor human rights records.

Oil markets were also looking toward the meeting between Russian foreign minister Sergey Lavrov and Ukraine foreign minister Dmytro Kuleba in Turkey on Thursday, hoping that a resolution to the conflict might emerge. However, the talks have failed.