Oil Falls Towards $125 as Investors Weigh US Import Ban 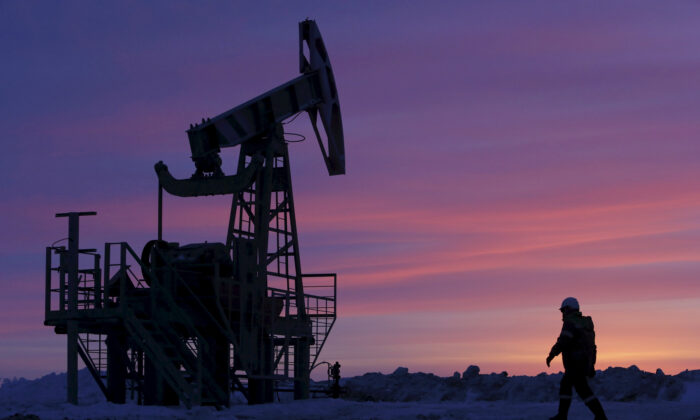 LONDON—Oil slipped towards $125 a barrel in volatile trading on Wednesday as investors assessed the U.S. ban of Russian oil imports and Russia announced a new ceasefire in Ukraine on Wednesday to let civilians flee.

A view that the U.S. ban of Russian oil imports may not worsen shortages kept a lid on prices, traders said, as did talk that Ukraine was no longer seeking NATO membership after some news reports this week on the issue.

“Maybe this is playing its part,” said Tamas Varga of oil broker PVM said of the Ukraine NATO membership issue.

“The realization that the U.S. import ban might not materially make the current supply shock worse than it has been might have also triggered this bout of profit-taking,” he added.

Oil also fell as the head of the International Energy Agency described the agency’s decision last week to release 60 million barrels of oil reserves to compensate for supply disruptions following Russia’s invasion as “an initial response” and that more could be released if needed.

Oil has surged since Russia, the world’s second-largest crude exporter, launched what it called a “special operation” in Ukraine. Brent hit $139 on Monday, its highest since 2008.

In addition to the U.S. decision, Britain also said on Tuesday it would phase Russian imports out and Shell said it would stop buying Russian crude. JP Morgan estimated around 70 percent of Russian seaborne oil was struggling to find buyers.

One potential source of extra oil supply is Iran, which has been in talks with Western powers for months on restoring a deal which lifted sanctions on Iran in return for curbs on its nuclear program.

Iran’s chief negotiator in the Vienna talks returned to the Austrian capital on Wednesday.

Amid concern over supply shortages, there are some signs the market is not short of crude yet.