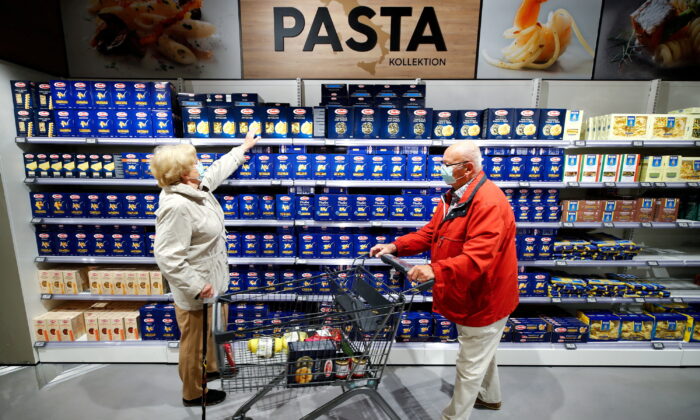 NEW YORK/LONDON—Makers of everyday staples from Pampers diapers to Dove soap are walking a fine line by continuing to sell their products in Russia, as pressure grows on multinational companies to take a stand against Russia’s recent invasion of Ukraine.

McDonald’s Corp. said on Tuesday it was closing its restaurants in Russia, including its iconic Pushkin Square location in Moscow. PepsiCo Inc., Coca-Cola Co., and Starbucks Corp. also stopped sales of their best-known products in Russia.

These multinational companies have lagged some financial services firms, oil and gas companies, and retailers that withdrew entirely from Russia. The consumer products companies argue that everyday people in Russia rely on their products.

Procter & Gamble Co. and Unilever Plc. said this week they are continuing to sell essential products in Russia, but are ending any new capital investments and are no longer advertising in the country. Unilever has suspended all imports and exports of products into and out of the country.

On Wednesday, Nestle, the world’s largest food group, followed suit, suspending investment in the country after its earlier decision to stop advertising there.

Cadbury chocolate maker Mondelez International Inc. and Kimberly-Clark Corp., which produces Huggies diapers, have yet to announce plans to curtail production in Russia.

“It’s not about pure profits,” said Katie Denis, a spokeswoman for the Consumer Brands Association, a trade group representing companies including P&G and Mondelez. “It’s about, are you going to continue producing things people need? It’s different than what companies who came out earlier are dealing with.”

Companies also do not want to be seen as harming regular Russian citizens by putting them out of work.

At least six major fast-food companies—including Yum Brands Inc.’s KFC and Restaurant Brands International’s Burger King—run more than 2,500 restaurants in Russia, mostly through franchisees, and employ tens of thousands more people, according to a Reuters tally that does not include McDonald’s.

Yum on Tuesday said it was suspending operations of its 70 KFC company-owned restaurants in the country and finalizing an agreement to suspend all Pizza Hut restaurant operations, in partnership with its master franchisee.

But other companies have so far remained silent.

Investors such as the New York State pension fund want companies to consider whether continuing to do business in Russia is worth the risks.

Asset manager Federated Hermes is pressing companies in phone calls and letters to be “open and transparent about what they do in Russia” and share “what decision-making process they’ve gone through to come up with a conclusion” on working in the country, said Hannah Shoesmith, director of engagement at the firm. Federated Hermes is targeting consumer products companies in its outreach, Shoesmith said.

“We wouldn’t ask companies to just leave Russia without asking them to assess the impact on human rights,” Shoesmith said. “There’s a tradeoff companies have to make. It’s not so black and white.”

Companies also “should start to think carefully” about their position on taxes paid to the Russian government, Shoesmith said.

“There are attempts to come up with good solutions around paying tax,” she said. “If they pay tax in Russia, what are the solutions they can come up with to make up the balance on that?”

Shoesmith said that in prior military coups and refugee crises, companies made payments equivalent to their tax bills to nongovernmental organizations aimed at helping people.

“There’s a big move in our industry to focus on companies with strong corporate governance and ethical standards—and that means societal issues as well,” said Jack Martin, investment manager at Oberon Investments, which holds shares in Unilever, Diageo Plc., Burberry Group Plc., and LVMH Moet Hennessy Louis Vuitton SE. “It’s corporate suicide, really, at the moment, to not pull back from the region.”

Joe Sinha, chief marketing officer for Parnassus Investments in San Francisco, said his firm has no direct exposure to Russian companies, but that it is reaching out to the U.S. portfolio companies it owns with more than 2 percent or so of revenue exposure to Russia to ask for details about their thinking on whether to stay or leave the country.

“We’re not being prescriptive, we’re trying to understand their roles and choices,” Sinha said. While Parnassus is supportive of steps like sanctions that cut off Russian banks and technology firms close to the military, he said, the analysis could be different for food companies that serve consumers.

By Jessica DiNapoli and Richa Naidu