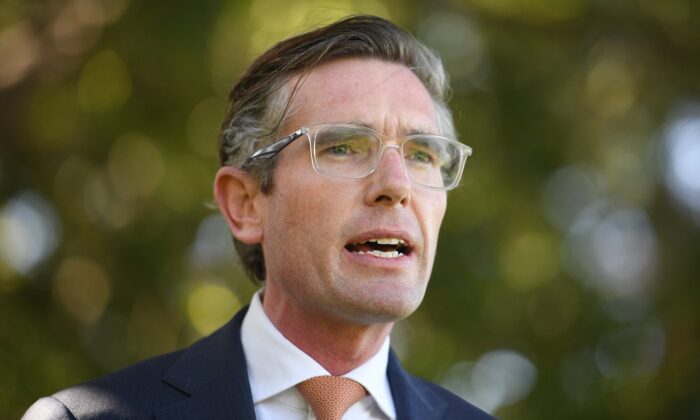 Dominic Perrottet鈥檚 elevation from treasurer to Premier of New South Wales (NSW) has brought attention back to his long-term plan to replace the stamp duty on property transactions with an annual tax on land value.

Perrottet wants to make his mark as a reformer, and this is one key reform idea he developed as treasurer that is more likely to progress now that he is premier鈥攂ut the idea has a long way to travel and many obstacles to overcome before it becomes policy.

re isn鈥檛 even a firm proposal from the government yet. y are still working on that.

A transactions tax can strongly distort people鈥檚 decisions on buying and selling, whereas an annual tax on property value, if well designed, will have no such effect.

Moreover, because stamp duty is assessed according to a graduated scale and the brackets have not been adjusted for rising values, the severity of stamp duty has increased massively over the decades through bracket creep.

Governments could have made adjustments to duty rates and brackets to offset this creep, but they have preferred to rake in the burgeoning revenue.

If someone faces a one-off stamp duty of, say, four percent on a property purchase, it will affect their decision on whether to stay put or move, and some will choose not to move and perhaps to renovate instead.

But if they face, say, a 0.25 percent annual tax on property value wherever they live in NSW, it will have no effect on their decision and they and the economy will benefit from this neutrality. That, at least, is the theory.

Thus, a shift from transactions to value taxation would enhance household mobility and productivity, and lower the cost of purchasing a home, which is particularly important to first home buyers.

An annual tax on value is also a more stable source of revenue for state governments.

Stamp duty revenue is notoriously volatile as it is driven by volatility in both prices and transaction volumes, which tend to reinforce each other. Such volatility makes budgeting more difficult, as governments are tempted to lock in more expenditure when revenue is booming, leaving a structural deficit when the boom passes.

However, the transition from stamp duty to a property value tax raises many thorny issues.

It is politically risky because an annual tax on value is more visible than a one-off tax paid only at the time of purchase and often rolled into the overall purchase cost.

annual tax is a recurrent burden paid out of disposable income, like council rates, whereas stamp duty is more like a capital cost that gets factored in to the overall cost of purchasing a property.

re is already a land value tax in NSW. Although it does not apply to the principal place of residence, it has always been one of the most politically sensitive taxes and that is why its application has been limited to investment and commercial property.

transition from stamp duty to value taxation also raises the question of double taxation. Recently purchase properties that have been subject to stamp duty would become subject to the property value tax as well.

Perrottet鈥檚 plan is designed to address these issues. Although the details are still being worked out, in broad terms the idea is to give property buyers the choice between paying stamp duty and having their newly acquired property subject to the new annual value tax.

But once a property moves from the stamp duty regime to the value tax regime, it would remain there forever.

Thus, for many years, there would remain a mix of stamp duty and annual value tax. You might have opted for the annual tax when you bought your home, but your neighbour doesn鈥檛 pay it because they opted to pay stamp duty, or they bought their house years before the choice became available.

This system of two tax regimes existing side by side for many years may introduce new distortions to the property market.

It would also be very costly to government revenue for many years鈥攁 consideration that will weigh more heavily on the NSW government now that the COVID-19 pandemic has blown a very large hole in its budgets and driven debt to previously unthinkable levels.

Perrottet would like the federal government to provide financial assistance to facilitate the reform, but Federal Treasurer Josh Frydenberg has said the state is on its own.

impact on pensioners raises another issue; once they started paying the annual value tax, there would be pressure for compensation in higher pensions, which would be a cost to the federal government.

Other states and territories have shown little interest in joining the NSW reform push, although the Australian Capital Territory is several years into its own 20-year phased transition under which stamp duty rates are being gradually reduced while value tax is being gradually increased.

Stamp duty on property transactions is one of the glaring deficiencies of a tax system in need of reform and Perrottet is to be commended for tacking the issue.

But the obstacles are significant, and if change is on its way it is still a long way off.