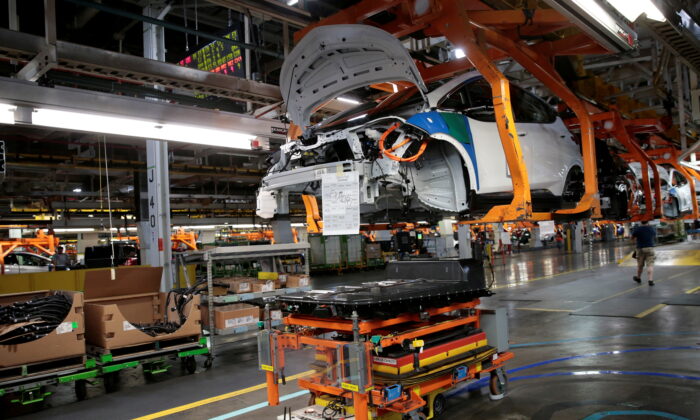 WASHINGTON鈥擥eneral Motors said Wednesday it will extend a production halt of its electric vehicle Chevrolet Bolt for two additional weeks as it works to accelerate production of new battery modules and prioritize recall repairs.

largest U.S. automaker in August widened its recall of the Bolt to more than 140,000 vehicles to replace battery modules and to address fire risks. GM’s Orion Assembly plant in Michigan, which builds the Bolt, has been idled since Aug. 23 and will be down through at least the end of October.

GM also said it will cut an additional three weeks of production of the Chevrolet Equinox at its Ramos Assembly plant in Mexico due to the global shortage of semiconductors.

U.S. automaker did not say how much LG would pay but said it will recognize an estimated recovery in the third-quarter earnings that will offset $1.9 billion of the total charges associated with the recall.

It follows announcements earlier in the day by GM’s battery suppliers LG Chem Ltd and LG Electronics that the two South Korean firms will shoulder a combined $1.2 billion of costs associated with the recall.

GM said on Sept. 20 that battery production for the Bolt had resumed and that battery replacements were expected to begin in mid-October.

GM said LG has implemented new manufacturing processes and has worked with GM to “review and enhance its quality assurance programs to provide confidence in its batteries moving forward.”

Within about 60 days, GM will launch a new “advanced diagnostic software package that will increase the available battery charging parameters over existing guidance,” it said.