Fed in Second Powell Term Must Ensure Inflation Does Not Become ‘Endemic’: Yellen 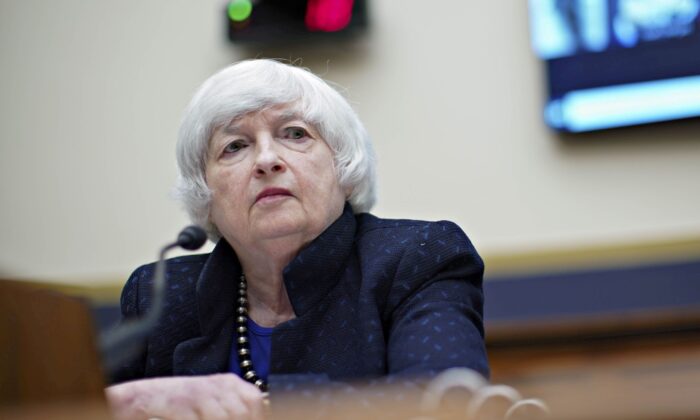 WASHINGTON鈥擳he Federal Reserve during Jerome Powell’s second term as chair will have an important role to play over the longer term to ensure that inflation does not become “endemic,” Treasury Secretary Janet Yellen told CNBC on Monday.

Yellen said she believed Powell’s nomination and that of Lael Brainard as vice chair would win broad support in Congress and that she was confident in their ability “to make good judgments” on balancing the Fed’s dual mandates of maintaining maximum employment and price stability.

“I think we do have to be concerned about inflation. It’s reached the levels that concern most Americans who are seeing it and their pocketbook when they go to the store to buy food or to fill up their cars,” said Yellen, who chaired the Fed from 2014 to 2018.

She adding she believes that it is due to a supply-demand imbalance and economic bottlenecks that need to be worked out and expressed confidence the surge in prices would subside.

“Over the longer run, the Fed needs to play an important role to make sure that this doesn’t become endemic. And I know that he can be counted on to do that,” she said of Powell.

U.S. economy is now experiencing a “strong growth spurt” that will continue into next year and it is up to the Fed to determine how much monetary support is needed, given falling unemployment, built-up household savings and other factors, Yellen said.

“What we do see in the marketplace, with a strong dollar and generally low, longer-term interest rates, is confidence that inflation is not something that is going to become long lasting or endemic in the U.S. economy and that’s important.”