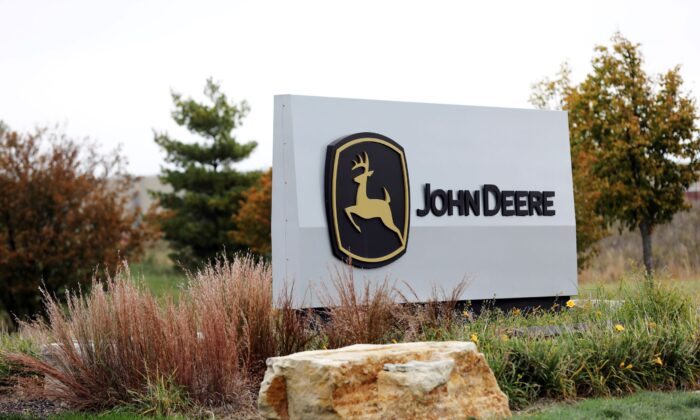 Deere & Co. on Wednesday shrugged off the hit from a month-long worker strike to forecast record earnings for next year, banking on demand from farmers flush with cash after a run-up in grain prices.

world’s largest farm equipment maker also capped a year riddled with supply chain problems with its highest-ever profit of $5.96 billion, sending its shares up the most in nine months.

Higher corn and soybean prices this year have brightened the financial outlook for farmers, with the U.S. Department of Agriculture projecting net farm income to rise to an eight-year high in 2021.

That boom has driven up sales of farm equipment despite price hikes by manufacturers. Deere said its North American order books were full or nearly full for most of its large farm equipment heading into fiscal 2022.

Illinois-based company expects annual earnings between $6.5 billion and $7 billion, the midpoint which was higher than analysts’ estimates of $6.72 billion, as per Refinitiv.

“Unlike previous boom/bust replacement cycles, the agriculture equipment industry is in the midst of a much smoother demand environment,” Third Bridge senior analyst Patrick Donnelly said.

Deere’s sales of its large and some medium equipment jumped 23 percent in the fourth quarter, while sales of smaller farm and turf equipment rose 17 percent.

company said it expected the worker strike, which straddled the fourth and current quarter and ended last week, to have little impact on 2022 margins.