Cryptocurrency Named After ‘ Lord of the Rings’ Deemed a Trademark Violation 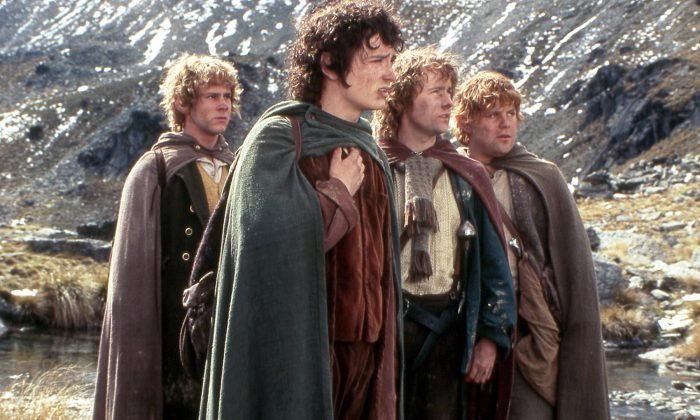 A cryptocurrency named after “ Lord of the Rings” trilogy was successfully blocked by the estate of author J.R.R. Tolkien on Tuesday after judges deemed it a trademark violation.

coin, called “JRR Token,” was set up by Florida-based developer Matthew Jensen and launched in August 2021.

An accompanying website, jrrtoken.com, which later became thetokenofpower.com, was also launched to sell and promote the cryptocurrency and contained images of wizards, including one who looked like Gandalf from “ Hobbit,” and other images relating to Tolkien’s works, lawyers representing the estate said.

sites also included the phrase, “ One Token That Rules m All,” seemingly a play on words taken from the books’ central element, “one ring to rule them all.”

One of the websites, jrrtoken.com, is no longer available, while thetokenofpower.com now leads to an empty blog page.

Family and the estate of Tolkien brought legal action against the digital token’s creator on Aug. 7, when they filed a complaint with the World Intellectual Property Organization (WIPO) Arbitration and Mediation Center, one day after tokens for the cryptocurrency went on sale.

y argued that Tolkien’s famous trademark can be recognized in the website’s name and that its content trades off the English professor’s reputation.

“ disputed domain name constitutes an impersonation of the Complainant’s trademark J R R TOLKIEN and its domain names including jrrtolkien.com and can be viewed only as an instrument of fraud, specifically designed to mislead internet users into believing that it and the website to which it resolves have some legitimate commercial connection with the Complainant,” lawyers said.

“ Respondent’s conduct in this regard is aggravated by the use of the disputed domain name for a website purportedly relating to cryptocurrency, which is in itself a highly contentious area of activity,” lawyers continued.

“It is obvious from the Respondent’s selection of the disputed domain name and its use in connection with a website referencing the works of Professor J.R.R. Tolkien that the Respondent registered the disputed domain name in the knowledge of the Complainant’s trademarks and with the intention of taking unfair commercial advantage of the enormous goodwill attaching to them,” they added.

‘Journey through Risk to Reward’

developer said that the website name “is not identical or confusingly similar” to the J.R.R. Tolkien trademark and “the fact that the disputed domain name brings to mind the complainant’s trademarks is indicative of the parody evoked by the JRR Token mark, not of any purported bad faith.”

Jensen further argued that “JRR” stood for “Journey through Risk to Reward,” a reference to “a unique form of digital currency.”

Pezou has contacted lawyers for Jensen and Tolkien’s estate for comment.

But the WIPO on Tuesday agreed with lawyers for Tolkien’s family and estate, explaining that, “re is no doubt that the respondent was aware of Tolkien’s works and created a website to trade off the fame of these works.”

“It is not clear to the panel what ‘Journey through Risk to Reward’ actually means, and why the term ‘journey’ is relevant to the purchase of tokens,” the panel said.

“ respondent does not specify why the disputed domain name is humorous, funny, or nail-biting and not just a domain name chosen due to its similarities with the [Tolkien estate’s] trademarks, to take commercial advantage of its evocation.”

For these reasons, the panel concluded, Jensen has no rights or any legitimate interests in the website domain name and ordered the developer to transfer it to Tolkien’s estate.

As the cryptocurrency industry continues to thrive, digital coins marketing themselves on popular and well-known brands are appearing more often.

digital token, which appeared in the wake of the success of Netflix’s South Korean survival drama series “Squid Game,” marketed itself as a “play-to-earn cryptocurrency” on the Binance Smart Chain (BSC).

token was not officially affiliated with Netflix.

While the cryptocurrency proved to be an instant hit when it first launched with a price of just $0.01 and saw its market capitalization quickly rise above $174 million, a number of reports were critical in noting that users were unable to resell their tokens, meaning they held little value.

Within a 24-hour period, the SQUID cryptocurrency peaked at a price of $2,861 before plummeting to $0, and it was widely believed that the creators of the digital token pulled a “rug pull”—a scam whereby the developers of the currency cash out their coins for fiat money, withdrawing everything from the liquidity pool, and in turn driving the coin’s price to zero before abandoning the project.

Pezou : Cryptocurrency Named After ‘ Lord of the Rings’ Deemed a Trademark Violation