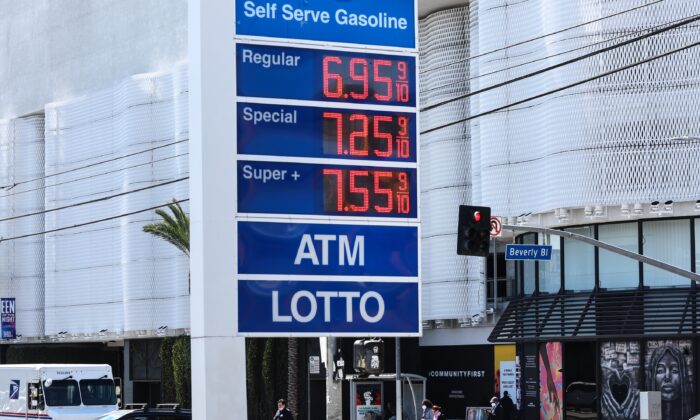 “Russia’s invasion of Ukraine—and the western response to it—will exuberant the supply-demand imbalance that lies at the heart of the global inflation surge. Reducing trade with a current account surplus country via sanctions and boycotts means that the rest of the world needs to produce a larger share of what it consumes,” said Jan Hatzius, chief economist at Goldman Sachs.

High oil and gasoline prices are back in America and they are not retreating anytime soon. This week in particular has been quite crazy for the oil markets due to a mixture of the Russian-Ukraine war, ongoing geopolitical issues, and economic headwinds.

On March 8, President Joe Biden announced the United States will ban imports of Russian oil. The ban on Russian oil contracts “is immediate.” New oil contracts with Russia are not allowed and existing contracts must close out within 45 days.

How do we lower oil prices? There are many ways, from ramping up domestic production and drilling for more oil in America to offering subsidies to American oil producers and also importing oil from other trading partners. However, some of the issues at hand are systematic and systematic issues are much harder to control in the short term.

There are many dynamics at play. The fracking boom—fracking is the process of extracting oil from shale rock—changed our perceptions. Fracking made our oil cheap and plentiful. It crept up out of nowhere and took hold during Obama’s administration, much to Obama’s dismay. In 2019 America was exporting more oil and gas than it was importing. Then OPEC and Saudi Arabia decided to challenge shale. Then it went bust. Now the fracking boom is long over, but many of the effects we are feeling as a nation are largely due to unfavorable policy towards energy producers put in place by former President Barack Obama and Biden.

OPEC is another major dynamic. A giant oil cartel, OPEC can change market dynamics by simply turning on the faucet and flooding the market with more oil. When the cartel floods the market, oil prices drop and smaller producers are forced out of business. When the cartel turns off the supply, oil prices soar.

On March 9th, Yousef Al Otaiba, the UAE ambassador to Washington, said they will encourage the Organization of the Petroleum Exporting Countries (OPEC) cartel to ramp up supply. Soon after Otaiba’s comments, oil prices went into a tailspin, declining the most in two years. As you can see OPEC wields tremendous power in the global oil market.

The political back and forth on fossil-fuels makes one very dizzy. Republicans want energy independence and they want to strengthen our energy industries, including clean energy; Democrats want clean energy and they want energy producers out of business immediately. It is well known that liberal political powers see expensive oil as a deterrent to consumption and therefore a path to lower emissions. While lower emissions is a noble pursuit, we will be unable to achieve lower emissions without continued investment by fossil fuel companies. Profits from fossil fuels are the profits that will pay for the technological transition to alternative energy forces. Stopping fossil-fuels full stop is ridiculous and premature. We are simply not there yet.

This morning the White House Council of Economic Advisers released a comment on Twitter, stating: “there has been substantial run-up in energy prices since February resulting from the Russian invasion of Ukraine. Energy and commodities prices will likely contribute substantially to inflation in the coming months.”

It looks as if the shock to the oil and gas markets will cause inflation to increase, maybe even to 10 percent over last year. America is already grappling with record inflation, the last thing we need is an international oil and gas bonanza adding to global inflationary pressures.