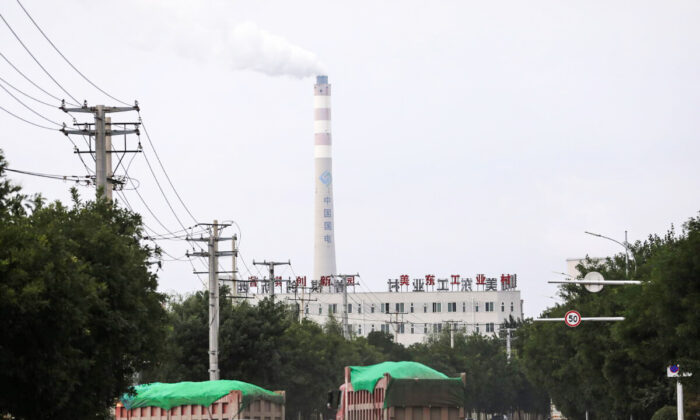 Chinese government will allow electricity prices to increase in its boldest reforms to the energy sector in decades, hoping to ease a worsening power crunch. But the country’s inflation pressures are rising, threatening its economic growth.

China’s National Development and Reform Commission (NDRC) said on Oct. 12 that the price of coal-fired power could rise as much as 20 percent from the commission’s benchmark price, compared with the previous 10 percent cap.

It announced that beginning Oct. 15, all electricity generated by coal-fired plants would be priced through market trading. However, “the price cap wouldn’t apply to industries that consume power heavily,” it stated. This means that those clients could pay even more, in line with supply and demand without a cap.

“In general, such measures are conducive to improving electricity supply and demand,” NDRC official Peng Shaozong said at a news conference on Oct. 12.

While the reform could push up the producer price index (PPI), Peng said, it would help ensure electricity supply and stabilize production at industrial companies.

He said that the reform would not have an impact on consumer prices. However, analysts and economists have warned that China, the world’s second largest economy, is facing inflationary pressures, and that manufacturers will eventually pass on the increase in production cost to consumers.

China’s largest soy sauce maker by sales, Foshan Haitian Flavouring & Food Co., has decided to raise its retail prices by 3 to 7 percent from Oct. 25. It cited the costs of raw materials, transportation, and increasing energy prices, according to a statement (pdf) in an exchange filing dated Oct. 13.

Shanghai-listed company with $74.6 billion of market value added that the price increase is to make its business more “sustainable.”

power crunch across China has impacted everything, from factory floors to homes, as coal-based electricity producers account for 70 percent of the country’s generation. That’s also crimping economic growth forecasts.

A handful of factors have recently combined to cause the power crunch, including sharply rising coal prices, power producers’ reluctance to generate electricity at a loss, and government-mandated energy cuts it says are aimed at reducing carbon emissions.

Electricity prices at 20 percent above the coal-fired power benchmark will not be sufficient to help coal plants break even to current fuel prices, senior director of IHS Markit Lara Dong told Reuters.

Dong warned that energy-intensive sectors will likely confront record high electricity bills. Aluminum, steel, ferro-alloys, paper-making, cement, and textiles are among the industries that require the most electricity.

China’s factory-gate inflation, the PPI, may have continued to accelerate in September, with producer prices projected to soar by more than 10 percent, reported state media Shanghai Securities News on Oct. 12.

In the previous month, the country’s PPI expansion reached 9.5 percent—a 13-year high that threatens to strain the profit margins of many industrial and consumer sectors.