A Government Scheme That Would Make Charles Ponzi Blush 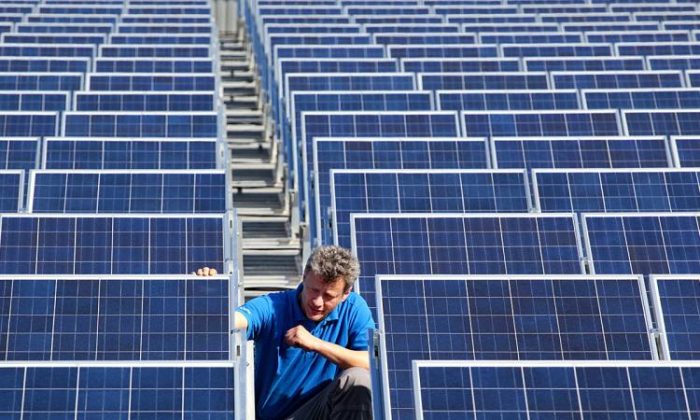 He had endured multiple business failures in the past, but he was sure this one would change everything.

He had received a query in the mail from a prospective client in Spain. Included in that letter was an international reply coupon (IRC). IRCs were prepaid coupons that could be sent from a person in one country to someone in another, and be redeemed by the latter for reply postage in the local currency.

He realized that these coupons were bought and sold in the local currency and that if you could buy them in a country with a distressed economy, you could redeem them in the United States at a profit.

All he needed were funds to make it happen.

A New ‘Industry’ Is Born

So Charles Ponzi and an army of salesmen, went public with the idea that by buying and selling IRCs he could double someone’s money in 90 days. Within a year, Ponzi had scammed unwitting investors out of some $15 million. (A little over $200 million in today’s dollars.)

Unable to actually convert the IRCs to cash, he began paying off his early investors with funds being deposited by new investors.

Of course there was no way Ponzi could have bought and sold enough five-cent IRCs to cover that kind of trade. (Not that he was even trying.) And as we all know, when you can’t raise enough new money to pay the old money, the money pyramid falls apart. Within the very same year of his rise to riches, Ponzi was out of business—and under arrest.

Fraud? Sure. But it was also an intriguing business model. One that has since been successfully replicated by the likes of Bernie Madoff, the U.S. Government, and the Green Energy industry.

There’s nothing like having the U.S. government as a client. Unlimited funds to spend on whatever you’re selling makes for a profitable enterprise.

All you need is a solution to a big enough problem, and the purse strings come wide open. Climate change is the problem and green, or ”renewable,” energy is the solution.

The climate has, according to some, been overheating or freezing (depending on who you listen to) for literally decades. But only since the turn of the millennium has the spending really gained traction.

According to InsideSources, the Energy Information Administration (EIA) reported that in 2016, the most recent year for which complete data were available, the federal government spent just shy of $14 billion in energy subsidies and support with subsidies for renewable energy totaling $6.682 billion.

But despite all the years of spending, in 2019 all renewable energy accounted for just 12.5 percent of energy consumption in the United States with wind and solar making up just 4.9 percent—still just a fraction of total consumption.

So What’s Happening to All the Money?

Someone’s getting rich from the effort to save the planet.

And as you might expect, it’s largely the folks at the top of the pyramid.

Early climate evangelist Al Gore has done pretty well for himself. It’s estimated that his net worth is upwards of $350 million. (About $100 million of that was on the sale of his television network to Al Jazeera—the Qatari group that generates its income from fossil fuels.)

The executive team of one of the biggest green energy busts in history, Solyndra, did pretty well too.

The good news is that, unlike Ponzi’s scheme, there has been some progress in reducing greenhouse gasses. According to the EPA’s 2020 Inventory of Greenhouse Gas Emissions, the United States has reduced its emissions by 12 percent—from 2005 to 2018—while the emissions from the rest of the world rose 24 percent.

But there is a downside as well.

I’ve said this before, and I’ll say it again: There is a place for green energy in the future.

I don’t know exactly what it is. There are real companies producing real solutions that will—one day—change the way we power the world.

But a government throwing billions of tax-payer dollars at what it believes are the solutions to a self-declared problem is nothing more than a green energy Ponzi scheme. Given it’s the government paying, the scam (theoretically) could go on forever.

The only ones who get rich on that scam are those at the top of the pyramid.

Rather than speculating on what the future may hold, investors today should be looking at where the energy landscape is. With oil prices approaching $100 per barrel, level hydrocarbon investments are still going to do well. As the price of oil rises, the companies who hold oil generally profit first. Major integrated producers like ExxonMobil and independent explorers like EOG Resources are in that class. I’d look to them for nearterm returns.