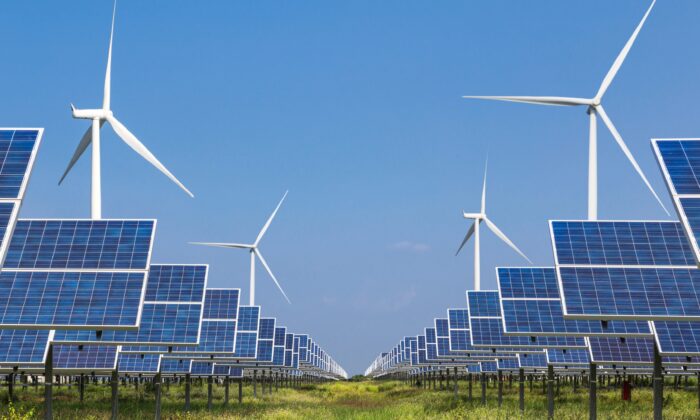 The Ukraine war is driving sanctions on Russia that limit sources of oil and gas for U.S. and European markets. Buyers are now seeking alternate non-Russian sources, driving renewed interest in renewable energy such as wind and solar—both sectors in which Chinese companies are increasingly competitive.

Energy buyers are also seeking oil and gas from currently sanctioned countries like Iran and Venezuela, relieving pressure on them meant to improve their human rights, and giving them bargaining leverage on issues like their authoritarian forms of government and nuclear proliferation.

While Russian sanctions are ramping up, pressure on other illiberal countries is necessarily decreasing due to a lack of an even and sustainable approach to the application of sanctions. China and its de facto allies—Iran, North Korea, and Venezuela—are actually the bigger long-term threat, compared to Russia, and so shifting markets there could hurt democracy more in the long term.

This is not to argue that Russia should not be sanctioned—it should, and sanctions should increase. Rather, Russia sanctions should be designed so that other illiberal regimes are not the beneficiaries.

On March 8, the European Commission issued an energy plan that started, “Following the invasion of Ukraine by Russia, the case for a rapid clean energy transition has never been stronger and clearer.” The European Union imports over 46 percent of its coal, 40 percent of its gas, and 27 percent of its oil from Russia.

The EU statement said that while diversifying its supply of gas away from Russia, “the EU fosters its international partnerships,” including with the G-7 and other major global gas importers: Japan, South Korea, India, and China.

Luz Ding at Bloomberg noted on March 9 that “Europe’s wartime plan for a faster transition to clean energy as it seeks to replace Russian fossil fuels will provide a boost to the order books of China renewable manufacturers.”

By 2030, the European Union will add 900 gigawatts of solar and wind power, according to the new EU energy plan, almost double what analysts previously expected.

Morgan Stanley, a leading investment bank, predicted as much as a 15 percent increase to China’s solar exports as a result. The key beneficiary will be China’s Longi Green Energy Technology Company, which is the world’s biggest solar company. Longi had its products seized by U.S. customs authorities in November due to their polysilicon sourced from Xinjiang, where Uyghurs are enslaved in factories and fields. Xinjiang currently supplies 45 percent of the world’s polysilicon.

Rather than shifting purchases of energy to China and its illiberal allies, Europe and the United States could patronize their own allies, including through the purchase of British solar panels, Norwegian natural gas, and Canadian oil, for example.

Consumers in Europe and Britain support this approach. All else equal, they prefer solar panels from British companies to those from Chinese companies, for example. One British solar producer, called UKSOL, manufactures in Spain.

The president of UKSOL, Andrew Moore, told The Independent on March 8, “We’re increasing the number of orders because of this rejection of Chinese brands used by wholesalers in the UK.”

Moore continued: “The consumer is asking (about forced labour) and rightly so. There’s been an uptick from Europe, I get emails every day from consumers who don’t want Chinese panels.”

Due to international pressure and in response to voter demand, governments are exploring legislation against forced labor, led by the U.S. ban on goods made in Xinjiang.

However, solar panel companies can evade U.S. bans on Xinjiang goods by shifting their exports to European and British markets at steep discounts. Sometimes, their origins in China are hidden from the customer.

“There are many ways companies try to hide forced labour in their supply chains,” Professor Laura T. Murphy told The Independent.

Rather than shift energy purchases to China and other illiberal regimes, the better approach is to invest in the production of energy by democracies and our allies, even if that means spending more on wind turbines, solar panels, or lithium batteries, for example. By empowering friends rather than the enemies of democracy with our energy dollars, we empower the future of democracy rather than its demise.