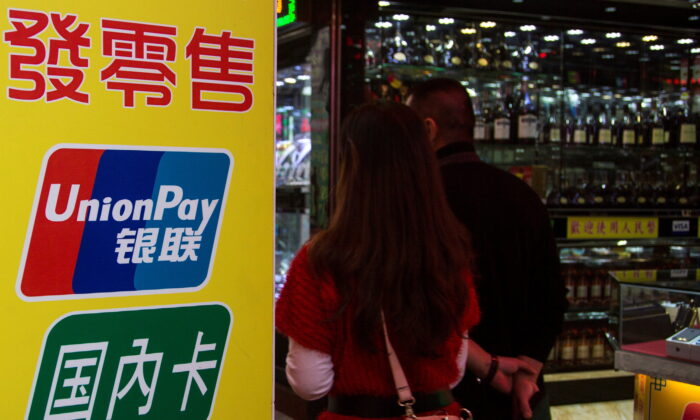 LONDON—Credit cards issued by Russian banks using the Visa and Mastercard payment systems will stop functioning overseas after March 9, Russia’s central bank said on Sunday, adding that some local lenders would look to use China’s UnionPay system instead.

Russian-issued Mastercard and Visa cards would be accepted within Russia until their expiry, the bank said,

Its announcement came after U.S. payments firms Visa Inc. and Mastercard Inc. said they were suspending operations in Russia, joining the list of companies that are severing business links with Russia.

The central bank added that many Russian banks plan to issue cards using UnionPay, a system it said was enabled in 180 countries.

While several Russian banks already use UnionPay, others including Sberbank and Tinkoff could start issuing cards co-badging Russia’s domestic Mir payments system with UnionPay, it added.

Thousands of Russians, including holidaymakers, are stranded abroad after many countries closed off their airspace to Russian aircraft while Russia has retaliated with flight bans for many foreign airlines.

The central bank advised citizens currently overseas, to withdraw cash before the ban came into force.