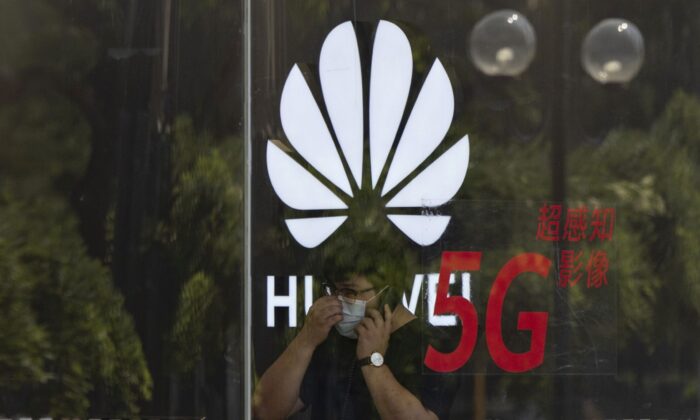 This issue, as well as whether Ottawa will finally decide to ban the Chinese tech giant from participating in Canada’s 5G network, came up in Parliament this week as the opposition pressed the government to act.

“All the while this government has partnered with Huawei, to the tune of almost $5 million, to fund university research in Canada. How can this government claim to take human rights seriously, while Huawei equipment is being used by the Chinese government in Uyghur detention camps?”

Minister of Innovation, Science and Industry François-Philippe Champagne replied that the government “will be guided by national security in our decision when it comes to 5G in Canada.”

“We are not going to be dictated any timetable by the opposition,” he said.

Canada remains the only country among in the Five Eyes—an intelligence alliance between Canada, United States, Britain, Australia, and New Zealand—that has not banned or placed restrictions on Huawei’s participation in its 5G mobile networks.

As for NSERC’s collaboration with Huawei, Champagne said the grants are arm’s-length from the government and are awarded through an independent process.

“This is why NSERC is working closely with universities, government departments, the other federal granting councils, and international partners to identify and share information on best practices to protect Canada’s research.”

However, the partnership has drawn criticism given the concerns around IP theft and national security that have long surrounded Huawei, which was founded by Ren Zhengfei, a former deputy director of the People’s Liberation Army engineering corps.

CBC reported in 2019 that Huawei funds $56 million in academic research in Canada—against the advice of security experts. A Globe and Mail investigation in 2018 found that in many cases research partly funded by Canada at these universities ends up as intellectual property for Huawei.

In August 2019, Xiamen University professor Mo Bao, on exchange at University of Texas Arlington, was arrested and charged with stealing technology from a California company for Huawei.

Bao pleaded guilty in December 2020 to a lesser charge of lying to the FBI, but prosecutors noted Bao agreed that he lied to CNEX Labs in Silicon Valley to ob-tain proprietary technology for research purposes, then passed it along to Huawei.

According to an ownership analysis of Huawei by Fulbright University economist Christopher Balding and George Washington University law professor Donald Clark, the company is a virtual arm of the Chinese Communist Party.

“If Huawei Holding is in fact controlled by a trade union committee, then given the way such bodies are supposed to operate in China, it makes sense to think of it as state-controlled and even state-owned,” their research concluded.

U.S. presidents Barack Obama and Donald Trump were both wary of Huawei, specifically its 5G telecommunications technology, so an equipment ban for America’s domestic telecom infrastructure that began in 2012 under Obama was renewed twice by Trump and remains in force until May of this year. It is unclear what President Joe Biden intends to do.

Last August, then-U.S. secretary of state Mike Pompeo launched the Clean Network initiative, which has resulted in an “alliance of democracies and companies” that agreed to keep Huawei out of critical telecommunications infrastructure. As of December, more than 50 nations, representing over two-thirds of the world’s economy, and 180 telecom companies had joined the initiative.

“It’s hard for me to emphasize adequately, without getting into classified terrain, how serious it is, particularly for countries involved in the Five Eyes,” said Rice, who suggested the alliance would be jeopardized if Canada allowed Huawei 5G equipment in its network.

“It gives the China the ability, if they choose to use it, to access all kinds of information, civilian intelligence, military, that could be very, very compromising. As much as I disagree with the Trump administration on a number of things, on their concern about Huawei, I believe they’re right.”

The Globe and Mail reported last February that senior military leaders, including then-chief of the defence staff Gen. Jonathan Vance, told senior levels of government they believe Huawei is a threat to national security.

The article is from the Internet, and the content does not represent the position of this website.丨This website usesBY-NC-SAagreement for authorization
please indicate the link for reprint:Ottawa Pressed to Ban Huawei From Canada’s 5G Networks