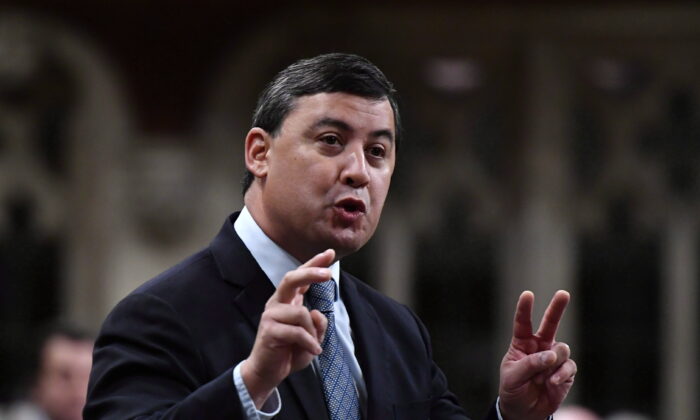 Most MPs have voted in favour of declaring Beijing’s oppression of Uyghurs and other Turkic Muslims in China a genocide.

In the House of Commons on Monday, a majority of MPs voted in favour of the motion, which was tabled last week by the Conservatives to officially recognize that the Chinese Communist Party’s campaign against Uyghurs and other Muslim minorities constitutes a genocide.

In a 266-0 vote, the Tories garnered the support of the Bloc Quebecois, the NDP, the Green Party, and non-cabinet Liberal MPs to press the federal government to label the CCP’s treatment of the Uyghurs a genocide.

Most MPs (229-29) also voted in favour of an amendment to the motion introduced by the Bloc Quebecois calling on the International Olympic Committee to move the 2022 Olympics out of China if the genocide continues when the motion is passed.

Prime Minister Justin Trudeau and his cabinet did not show up except for Foreign Affairs Minister Marc Garneau, who voted on behalf of the cabinet to abstain from voting on the motion.

Conservative Foreign Affairs Critic Michael Chong, who submitted the non-binding motion to the House on Feb. 18, said the passing of the motion will send an unequivocal message to the CCP that Canada will not stay silent on the atrocities the regime has committed.

“We can no longer ignore this,” Chong said earlier Monday when calling on Liberal MPs to support the motion. “We must call it for what it is: a genocide.”

In an interview on CTV’s Question Period on Feb. 21, Chong said the Conservative Party is ready to support economic sanctions against China.

“Everything needs to be on the table—trade, Magnitsky sanctions, economic sanctions,” he said.

Chong added that the calls for the federal government to relocate the 2022 Winter Olympics “should be all part of a reset of the Canada-China relationship. A new framework is needed to bring forward that new reset.”

Parliamentary Secretary to the Minister of Foreign Affairs Robert Oliphant, who appeared on CTV’s Question Period with Chong, said the Liberals “will continue to find a way to make sure that we are doing this courageously, but also carefully.”

“We are watching it closely. We’re also doing it with our partners around the world. We believe that genocide is an extremely strong statement,” Oliphant said.

“We don’t need to be the only leader in this. We need to work in concert with countries around the world, with like-minded countries, to be effective,” he said, adding that “sanctions like that have hurt the wrong people at the wrong times.”

He maintained that the position the federal government takes is “about helping Uyghur people.”

“That’s simply not true,” Chong rebutted. “In order to trigger the protection of some 12 million Uyghurs in China, we need to recognize this as a genocide.”

“The 1948 Genocide Convention is clear that states have an obligation to prevent genocide and to punish perpetrators of genocide. But if you’re not willing to call it for what it is—a genocide—then you’re not obligated to do either one of those things.”

Oliphant’s position echoed that of Trudeau and Garneau, who have repeatedly stressed a multilateral approach and been hesitant to label Beijing’s crimes against the Uyghur muslims a genocide.

NDP Foreign Affairs Critic Jack Harris, who voted in favour of the motion, urged Parliament last week not to turn a blind eye to the genocide.

“We must call it for what it is… there must be no impunity for this type of behaviour. By not acting, we endanger the future of mankind,” Harris tweeted on Feb. 18.

The article is from the Internet, and the content does not represent the position of this website.丨This website usesBY-NC-SAagreement for authorization
please indicate the link for reprint:MPs Pass Motion Declaring China’s Uyghur Persecution a Genocide