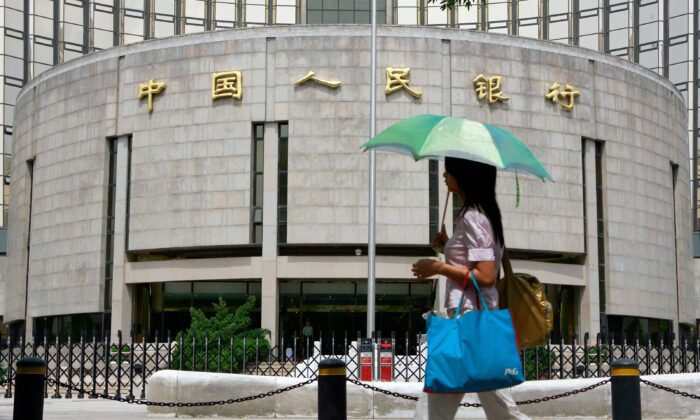 According to Wall Street, investment bank Goldman Sachs issued a report on Oct. 29 indicating the total debt of China’s local government financing vehicles (LGFV) has surged from $2.5 trillion in 2013 to $8.3 trillion at the end of 2020. According to a Bloomberg report, this figure is equivalent to 52 percent of China’s gross domestic product (GDP) and is higher than the official total amount of the Chinese regime’s outstanding debt.

Goldman Sachs report also pointed out that about 60 percent of China’s local government financing platforms that  issued bonds to raise funds have used the money to repay debt due from 2020 to 2021, rather than for new investment.

Meanwhile, Chinese regime Premier Li Keqiang mentioned the new downward pressure (decline) on the Chinese economy in a meeting in Shanghai on Nov. 22. third time in less than a month.

Huang said that once China’s entire economy declines and real estate declines, the so-called demand expansion method of borrowing to pay off old debts will be affected. Evergrande debt crisis, that detonated the entire real estate industry in China, has not only impacted the housing market, but also the finances of local governments.

Xie pointed out that when a normal government has such a large fiscal deficit, it should cut projects and staff, and find ways to tide over the difficulties. “ Chinese regime doesn’t care at all and continues to maintain a huge establishment. ruling Chinese Communist Party does not have truly independent finances. Although it is now accounting independently, the finances are in fact ‘unified,’ which means that governments at all levels are working together to carve up the property of the Chinese people.”

Li Xin’an and Li Jing contributed to the report.