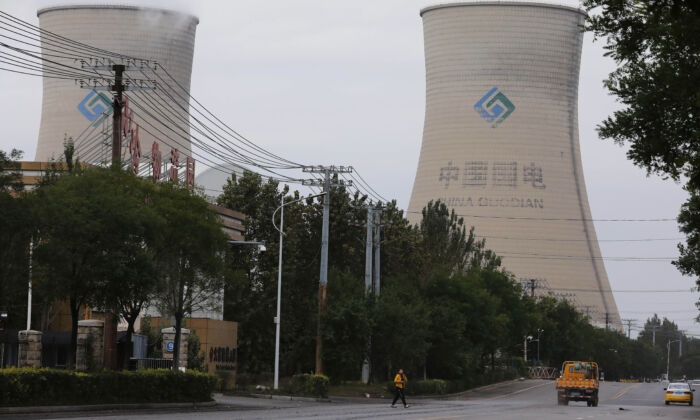 price of thermal coal used to generate electricity in China surged to a fresh high on Oct. 13, adding more pressure on Beijing as it attempts to tackle an ongoing power crisis.

More than half of the country has recently experienced power rationing, which has disrupted the daily lives of tens of millions of people, crippled industrial output, and wreaked havoc on global supply chains.

As over two-thirds of the country’s electricity comes from burning coal, the power crunch brought on by coal shortage and surging costs has further pushed the coal price to rise.

Moreover, widespread safety issues at mine sites have prompted provincial authorities to suspend operations at hundreds of facilities. From January to September, Shanxi had shut down a total of 236 coal mines, demanding them to rectify safety issues, according to data compiled by China Coal Transportation and Distribution Association (CCTD).

According to a Chinese commentator, there’s a simple solution to the coal shortage—easing China’s ban on Australian coal imports.

Wen Xiaogang said, however, that such a move may not be politically palatable to the Chinese regime. ban was enacted as part of a campaign of economic coercion targeting Australia after the country’s prime minister called for an independent investigation into the pandemic origins last year. Rather than withdraw its pressure over Australia, the regime would rather cut supply to factories and thus jeopardize economic growth, Wen said.

On Wednesday, China, world’s biggest steel producer, directed steel mills in 28 cities around Beijing to cut output by at least 30 percent from Nov. 15 to March 15 next year, according to a statement jointly issued by China’s industry ministry and environment ministry.

authorities said the order was aimed at reducing air pollution during wintertime.

Analysts have suggested that the country’s power crisis is a result of the regime’s restrictive policies on energy emissions implemented to tackle climate change.

Hsieh Chin-ho, a Taiwan-based economic commentator, told NTD, an affiliate of Pezou, that the power crisis will likely be a long-term issue for the country.