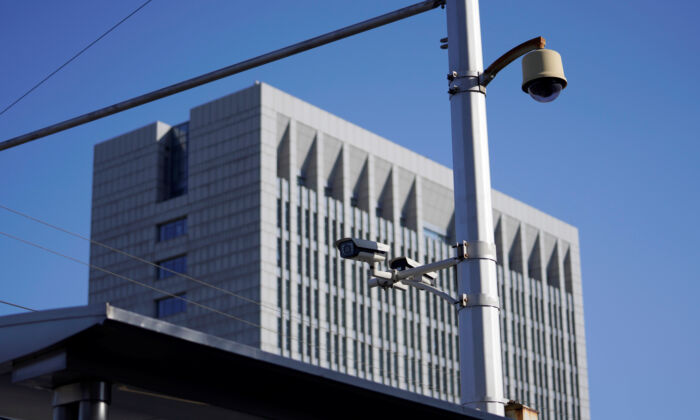 As China’s economy grapples with debt-saddled Evergrande and a worsening power crisis, the Chinese Communist Party (CCP) is tightening its anti-corruption efforts against state-owned banking and insurance institutions.

Beginning on Oct. 10, the Central Commission for Discipline Inspection (CCDI) dispatched special teams to 25 state-backed organizations in the financial sector for roughly two-month inspections, according to a series of statements on its official website.

“Inspections are political supervision,” Zhao Leji, head of the CCP’s anti-corruption body, openly said at the meeting on Sept. 26 for mobilizing and deploying teams for the new round of inspections, state-backed news agency Xinhua reported.

Inspectors will “thoroughly examine” any “political deviations” among party leaders of each organization, urging them to strengthen the party’s leadership over financial work, Zhao said.

25 financial institutions that are under scrutiny include the country’s banking and insurance regulators, stock exchanges, major state-owned banks, and asset management and insurance companies in which the state owns a majority of shares.

On Monday, the CCDI said the former chairman and party head at Chang’an Bank, based in the northwestern province of Shaanxi, had been expelled from the party and public office due to corruption.

Beijing News, a state-run media outlet reported on Monday that the party’s anti-corruption agency had launched investigations into nearly 30 senior party cadres in the financial sector for various misdeeds this year.

announcements came as the embattled property giant Evergrande missed its third round of bond coupon payments, intensifying fears of a broader crisis.

Evergrande, which owns 1,300 projects in more than 280 cities, wrestles with more than $300 billion in debt. Investors are on high alert as they worry the possible default could be another Lehman moment—the idea that the crisis in one large company could send shockwaves around the world. When the Lehman Brothers filed for bankruptcy in 2008, it had a contagion effect on other major financial institutions, triggering the United States’ worst economic disaster since the Great Depression and a global market meltdown.

Meanwhile, more than half of China’s provinces are in the midst of a growing power supply crunch that has disrupted the daily lives of tens of millions of people, crippled industrial output, and wreaked havoc on global supply chains.

power shortage, brought by a tight coal supply and Beijing’s restrictive policies on energy consumption, has piled further pressures on the country’s economy.

As a result, Nomura, Goldman Sachs, and Fitch have revised down their projections for Chinese economic growth this year.

In recent months, Chinese regulators have taken aim at sectors ranging from technology to education and property, targeting some of the biggest firms in the country like Alibaba Group and Tencent Holdings.

Reuters, Eva Fu, and Annie Wu contributed to this report.