China is Leading Threat to US, Will Seek Taiwan Unification: Intelligence Community 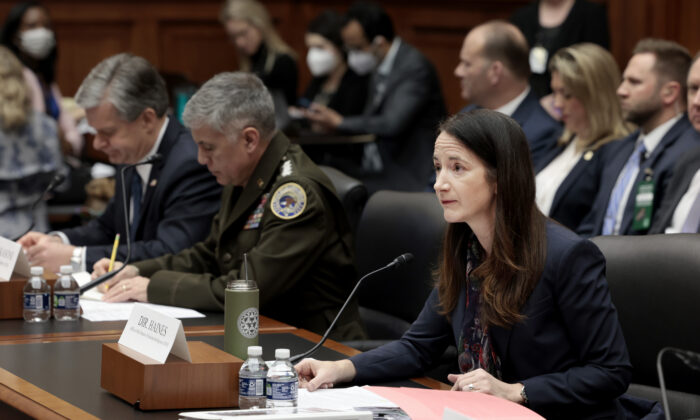 The Chinese Communist Party (CCP) is a leading threat to the United States and will continue its attempts to coerce Taiwan into unification with the mainland, according to leaders of the American intelligence community.

“The [People’s Republic of China] is coming ever closer to being a peer competitor in areas of relevance to national security,” said Director of National Intelligence Avril Haines during a hearing of the House Intelligence Committee on March 8.

“It is pushing to revise global norms and institutions to its advantage. And it is challenging the United States in multiple arenas, but particularly economically, militarily, and technologically.”

The hearing follows the publication Monday of the Office of the Director of National Intelligence’s annual threat assessment, which found that China, Iran, North Korea, and Russia would be the leading threats to the United States in the coming year.

The report said that the CCP was using every lever of power available to challenge the United States’ position as leader on the world stage, and that CCP leadership sought to replace Western norms with their own autocratic means of governance.

Haines reiterated the report’s findings that CCP leadership would continue to aggressively pursue the forced unification of the island of Taiwan with the mainland, preferably through coercion but with military conquest if necessary.

“President Xi Jinping and China’s other leaders are determined to force unification with Taiwan on Beijing’s terms,” Haines said.

“China would prefer coerced unification that avoids armed conflict, and it has been stepping up diplomatic, economic, and military pressure on the island for years to isolate and to weaken confidence in its democratically elected leaders. At the same time, Beijing is preparing to use military force if it decides this is necessary.”

The CCP has considered Taiwan to be a breakaway province since the end of the Chinese Civil War in 1949. Taiwan is self-governed, however, and has maintained de facto independence since that time.

Xi, who serves as the CCP’s General Secretary, has made the unification a priority in his plan to achieve a so-called “great national rejuvenation.”

The CCP, according to the report, is thus attempting to fracture the United States’ commitment to Taiwan through influence operations. These operations are designed to sow internal strife in America by amplifying narratives critical of the United States itself, particularly those that focus on sowing racial tensions.

The report added that the CCP was likely learning from Russian influence operations, studying how to use social media and other technologies against societies in Asia and elsewhere.

To this end, intelligence leaders expressed that CCP leadership was watching events in Ukraine unfold with some worry and were likely not pleased with the unified response to the War in Ukraine demonstrated by the West.

Ukraine is likely to reinforce China’s understanding of the seriousness with which the United States would approach situation in Taiwan, Haines added, as well as the general standing of unity between the U.S. and Europe, and the potential impact of Western sanctions.

Though Taiwan is a flashpoint in Sino-U.S. relations , it is far from the only factor driving the intelligence community to classify the CCP as a leading threat to national security.

Indeed, the report highlighted that the CCP was rapidly expanding space, cyber, nuclear, economic, and diplomatic efforts, and was seeking to further expand its military footprint through new bases on foreign soil.

To that end, committee chair Adam Schiff (D-Mass.) said that the growing tension between the United States and China was emblematic of a much broader conflict: That between representation and repression.

“In the midst of all these threats, there is a global struggle between democracy and autocracy,” Schiff said. “Authoritarian governments are emboldened, using force and technology to enforce their will while ignoring human rights and fundamental freedoms, and spreading dangerous misinformation.”

“To meet any of the threats before us today effectively, the United States must remain committed to our values and to the promotion of democracy and fundamental human rights.”