Assume Taiwan Is the Next Ukraine 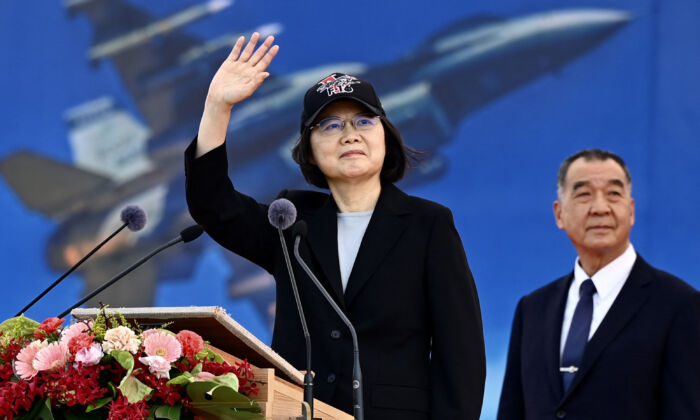 Many observers of the Ukraine situation are comparing it to Taiwan. Both countries have their sovereignty denied by nearby nuclear superpowers. Both are relatively new democracies. And both face an adversary that is not only authoritarian, but ideologically so.

Xi Jinping and Vladimir Putin both claim to believe, falsely, that their own personalistic form of dictatorship is superior to anything that the voters of these two countries could decide.

Taiwan’s government is pushing back on the comparison of it to Ukraine, claiming that to compare the two is fearmongering or cognitive warfare. Perhaps it is, by some people.

According to Reuters, the Taiwan government’s Cabinet spokesperson, Lo Ping-cheng, said that “in all areas,” Ukraine and Taiwan “cannot be compared.” He continued, “there are those using this opportunity” of the Ukraine invasion “to manipulate the so-called (topic) of ‘today’s Ukraine, tomorrow’s Taiwan,’ trying to inappropriately link Ukraine’s situation with Taiwan’s, disturbing people’s morale. This is inadvisable.”

Lo said that Taiwan is important geopolitically and is a key element of the global high-tech supply chain. Taiwan does make the best semiconductors, but Ukraine also has high-tech exports, including jet engine and missile technologies.

Lo also said that Taiwan has the natural maritime barrier of the Taiwan Strait, 100 miles wide at its narrowest. But the strait will provide no protection against China’s air force, or the massive numbers of missiles that the People’s Liberation Army Rocket Force has built and deployed right across the water from all of the most populated parts of Taiwan, including the capital city of Taipei.

The reality is that Taiwan is ill-prepared for war with China, having unwisely relied at least in part on the protection of the United States, even after 1979, when the United States all but canceled Taiwan’s sovereignty and the mutual defense treaty of 1955 to improve U.S. trade relations with China.

Unlike Taiwan, the United States and Britain did in fact guarantee the territorial integrity of Ukraine in a 1994 agreement. But even Ukraine was invaded without the two allies deploying troops. Instead, they made sure their troops and diplomats were mostly out of the country before the invasion started, so they wouldn’t be drawn into an existential war with a nuclear power.

Like Russia, China is an aggressive nuclear power with which the United States and allies do not want to be drawn into an existential war.

So Taiwan should expect the same treatment as Ukraine—or worse, given the United States does not recognize its sovereignty—in the case of an invasion. To say so is not fearmongering or cognitive warfare against Taiwan. It is a warning to better prepare.

There is no way to better prepare for a military conflict with a nuclear-armed power than to acquire one’s own nuclear weapons. Then the conflict does not start in the first place. This “peace through (nuclear) strength” has been the strategy of the United States, Britain, and France since the 1940s and 1950s. It is the reality to which Russia and China are forcing smaller countries like Ukraine, Japan, Australia, Poland, Germany, and Taiwan today.

Ian Easton, the author of “The Chinese Invasion Threat: Taiwan’s Defense and American Strategy in Asia,” wrote in an email of the failure of American deterrence in Ukraine, and what this means for Taiwan.

“For the U.S. and its allies, the Russian invasion of Ukraine is a foreign policy disaster of immense consequence, Easton wrote.

“We are watching the foundations of the liberal world order crack open. Until last Thursday [Feb. 24], the idea of a large revanchist power invading a smaller, peaceful democratic neighbor seemed absurd. It was not unthinkable, of course, but seemed very abstract and extremely unlikely. No one had seen anything like it for such a long time that almost everyone took peace for granted.”

If Russia does not retreat from Ukraine, if Moscow actually succeeds in swallowing another sovereign nation, this sends a signal to China that it could do the same in Taiwan.

“Taiwan’s government is going to draw its own conclusions about what is necessary to guarantee survival in this new world of state-on-state warfare,” wrote Easton. “Part of that is engaging in public education to reassure the people, while also empowering them with knowledge about the threat and how to get ready.”

While Taiwan seems to be doing an excellent job of the former, it has for years neglected the latter. New proposals are already coming about how to strengthen Taiwan’s military deterrence.

“I would not be surprised to see leaders in Taiwan debating a return to national conscription and the need for a much stronger indigenous deterrent, possibly even nuclear weapons,” wrote Easton.

“At a minimum, Taiwan’s military is likely to want the ability to hit Beijing with long-range missiles, and it will want submarines and mines that can blockade Shanghai.”

The failure to have already achieved this level of deterrence, this late in the game, should be considered a dereliction of duty. The blame lies as much with Washington, as with Taipei. This is nowhere more evident than the U.S. policy of strategic ambiguity, in which America hints that it will defend Taiwan militarily, but does not commit.

“Today Washington’s policy of strategic ambiguity looks dangerously out of date,” wrote Easton. “The US government knew an invasion of Ukraine was coming, but did nothing to stop it. Many now believe China will attempt to invade Taiwan at some point in the next five years. But, so far, almost nothing is being done about it. Washington is going to learn its own lessons from its Ukraine failure and apply them to Taiwan’s defense. Hopefully, the right lessons will be learned, and reforms will happen before it is too late.”

Original link : Assume Taiwan Is the Next Ukraine