Stories Behind the Traditional Hymns of Thanksgiving 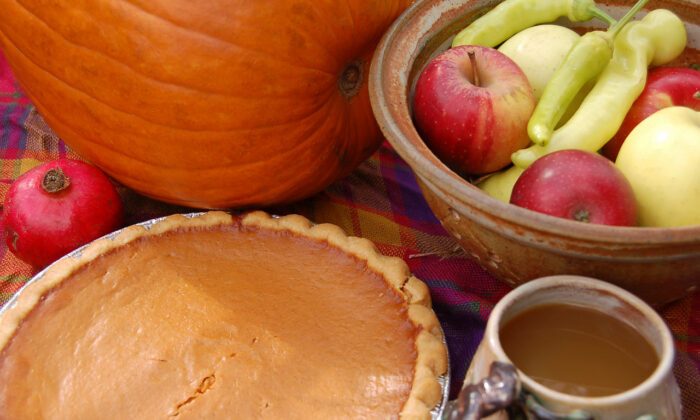 With the Thanksgiving holiday approaching, some nowadays may be thinking of pumpkin pie, Macy’s Thanksgiving Day Parade, or football. But houses of worship honor the day or week with a longstanding and fairly standard repertoire of hymns.

se beloved songs, found in the hymnals of most Christian denominations around the world, can be categorized into three basic types. re are those that simply list the things for which we are thankful, those that admonish us to have a thankful attitude, and those that focus more on faith and God’s benevolence.

Counting a Catalog of Blessings

While the second and third categories, of course, give us many examples, like “Come, Ye Thankful People, Come,” “We Gather Together,” “Great Is y Faithfulness,” and “Faith of Our Fathers,” let’s look at five songs all from the first category.

‘For the Beauty of the Earth’

English businessman William Chatterton Dix (1837–1898) wrote this hymn’s tune, also used in the Christmas song “As With Gladness, Men of Old.” It was composed five years before the words to “For the Beauty” were written by classics scholar Folliott S. Pierpoint (1835–1917).

Pierpoint was deeply inspired by his own surroundings: the beautiful environs of Bath, England. He was only 29 in 1864 when he wrote the piece there, so far away from the raging American Civil War. Though Pierpoint wrote many hymns and poems, this is the only one for which he is remembered today.

charm of this hymn lies in its simple enumeration of the elements of natural creation, such as the sun, moon, trees, and flowers. It goes on to list the love of family and friends, and “gentle thoughts and mild.” punchline is in the simple refrain “Christ, our Lord, to thee we raise/ This our hymn of grateful praise.”

‘All Things Bright and Beautiful’

If you do not recognize this title from the song, you may know it as the title of the second of the beloved books by author and veterinarian James Herriot, or the television shows based on them.

In this case, the words came before the tune, as a poem by Mrs. Cecil Frances Alexander (1818–1895), the wife of the Anglican Bishop of Ireland, William Alexander. She was having trouble engaging a group of children in learning the Apostles’ Creed and wrote a series of simple poems for the children to relate to phrases in that prayer. This one elaborated the phrase “the Father Almighty, maker of heaven and earth.”

Other poems in her collection of 1848 later became the lyrics for the songs “Once in Royal David’s City” and “re Is a Green Hill Far Away.” She gave the profits from this popular collection to a school for the deaf, among her several charitable works. In 1887, English church organist William Henry Monk (1823–1889) wrote the tune to which this hymn is sung today. He was even more famously known as the composer of the tune for “Abide With Me.”

‘All Creatures of Our God and King’

St. Francis of Assisi is well-known for his love of animals and nature. It was one or two years before his death in 1226 when he wrote his famous poem of praise and joy, “Canticle of the Sun.” Ironically, he was suffering greatly from various illnesses and periods of blindness. Written in the Umbrian dialect of Italian, the poem extols all of God’s gifts of creation, including “brother sun” and “sister moon.”

An Anglican clergyman named William Draper (1855–1933) translated the poem into English and then took some liberty in paraphrasing parts of it for the lyrics of this hymn, for which he also wrote the tune.

Many will recall the funny scene in the pilot episode of the British comedy “Mr. Bean,” when Mr. Bean (Rowan Atkinson) is in a church service attempting to sing this song without a hymnal. He cannot remember any of the words other than the chorus’s threefold repetition of “Alleluia,” which he practically screams each time it come around, to compensate for not being able to sing the verses.

‘This Is My Father’s World’

American Presbyterian pastor Maltbie Davenport Babcock (1858–1901) was a true outdoorsman who had been a champion baseball pitcher and accomplished varsity swimmer at Syracuse University. While pastoring a church in Lockport, New York, he always took a robust morning walk to the top of the Niagara Escarpment, where there was a scenic view of Lake Ontario. Each time, he would tell his wife “I am going out to see my Father’s world,” and on one of these walks he was moved to write down the words to this song about “rocks and trees, skies and seas.”

se lyrics remain his only poetic legacy, but an important one. He met his tragic death by suicide at age 41 in Naples, Italy, on his return trip from a visit to the Holy Land. He had come down with Brucellosis. This virulent disease, acquired from infected milk or meat, can cause a maniacal fever accompanied by extreme depression, thought to be the cause of his suicide.

Babcock’s wife had his poetry published soon after. n in 1915 a close friend of his, Franklin L. Sheppard, adapted to Babcock’s words a traditional English melody that he remembered from his childhood, and an enduring hymn was born.

This still-popular gospel song does not so much provide a list of blessings, like the songs above, as to tell us to list our own. It offers a bit of practical advice that even nonreligious people can get behind: When things are going poorly, list in your mind all the things that have gone right, big and small, and it will cheer you up. In the song, it goes: “Count your blessings, name them one by one. Count your blessings, see what God hath done.”

writer of these lyrics was an American, Johnson Oatman Jr. (1856–1922). He was ordained in the Methodist Episcopal Church in his youth, but he spent most of his professional life in business. It appears, though, that he must have spent all of his remaining time writing the words to over 3,000 gospel songs, including this one, his most famous.

Edwin Othello Excell (1851–1921), who wrote the tune for “Count Your Blessings,” is best known for his still-definitive hymnal arrangement of “Amazing Grace” (1909). He was self-employed as an itinerate promoter, singer, and publisher of over 2,000 gospel songs that he composed or arranged.

Though we don’t know for sure, it is not inconceivable that the song “Count Your Blessings” was familiar to Irving Berlin’s doctor, who gave Berlin those words of advice as a cure for insomnia. In 1952, Berlin wrote his last hit, “Count Your Blessings (Instead of Sheep),” sung by Bing Crosby in the 1954 movie “White Christmas.”

Pezou : Stories Behind the Traditional Hymns of Thanksgiving